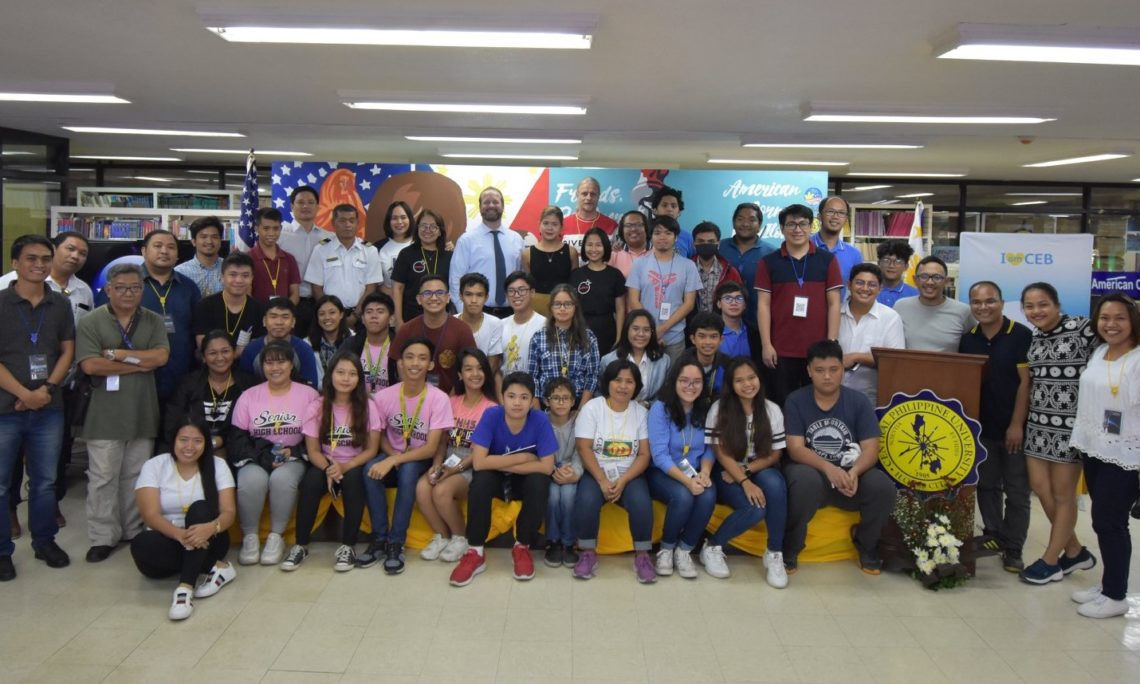 Manila, October 25, 2019 — The United States Embassy in the Philippines, in partnership with Ateneo de Davao University and Central Philippine University, hosted the 2019 National Aeronautics and Space Administration (NASA) Space Apps Challenge in Davao and Iloilo from October 18 to 20.

Fourteen teams from Davao and ten teams from Iloilo participated in the three-day  program, which included a one-day “data boot camp,” followed by a two-day hackathon.  On the final day, teams pitched their solutions to one of five NASA-identified challenge categories.  Partners in both cities included the Department of Science and Technology (DOST), Cebu Pacific, Amazon Web Services, and the U.S. Government Alumni Association.  In Iloilo, the program was incorporated into the “Innovate Iloilo” event, an initiative of DOST, the provincial and city government of Iloilo, and other private partners to promote innovation.

De La Salle University hosted the Manila leg of the hackathon this year, and all three cities linked up digitally on the first day of the event.  At the conclusion of the event, each city selected two winning teams that will go on to represent the Philippines in NASA’s global judging round.

Representing Davao are Teams Ad Ultra and Rocketdyne Dynamo.  Team Ad Ultra developed an app that lets users book virtual tours of the “Trans-Neptunian Spaceway.”  Ad Ultra team member, Bruxelles Romuar, explained this will be, “a platform where anyone could learn about space, in a way that is fun, accessible, and up-to-date.”  Rocketdyne Dynamo presented a design for electromagnetic gloves that can reduce the dangerous effects of lunar dust on astronauts and spacecraft systems.  Deanrey James Pono of the team said, “Our solution may be simple, but we all believe that the smallest things really do lead to unlimited possibilities.”

Iloilo winners are Teams Techno PH and Voltage 5.  Techno PH conceptualized a solution to improve internet accessibilty to coastal communities.  Rotherford Marmibe of Techno PH said, “We believe in giving back to society, particularly those that are underprivileged.”  The other winning team, Voltage 5, aims to convert sound to electrical energy with their prototype, S-Light. Team leader, Nico Serrato, explained, “Our invention creates electricity from sound, a waste product of human activity.  We created S-light to give light to future aspiring professionals in areas with inadequate electiricity.”

Manila city winners are Teams Ocean’s 4 and Aedes Project.  The first team developed Project PaWiKAN, a pair of reconfigurable boats capable of determining locations of marine “garbage patches,” and collecting that waste.  The second team, Aedes Project, developed an advanced dengue prediction scheme through an automated information portal that indicates when the disease might develop and identify possible hotspots.

On the first day, Cultural Affairs Officer Matt Keener fired up program participants, saying that “Our hackathon last year brought the Philippines its first ever NASA Space Apps global champion, Team iNoN, so the bar has been set high.  However, while this is a competition, it is also an amazing global initiative that pulls together thousands of partners, individuals, and organizations around the world.