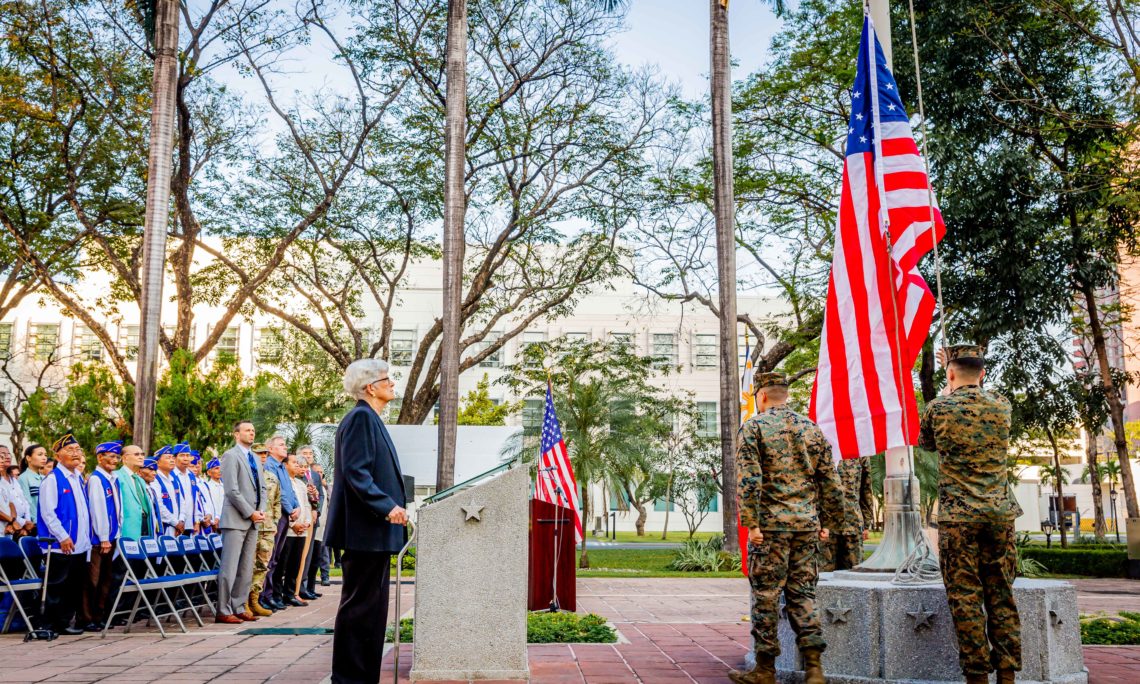 Manila, February 20, 2020 — On Wednesday, February 19, the U.S. Embassy in the Philippines organized a special flag-raising event to commemorate the 75th anniversary of General Douglas MacArthur’s raising of the U.S. flag over Embassy grounds during the Battle of Manila in 1945.

The event is part of an ongoing Embassy series commemorating the 75th anniversary of World War II.  In his remarks, U.S. Ambassador Sung Kim described the unique role the Embassy played during the War, and the heroism of Filipinos and Americans in the struggle to liberate the Philippines.