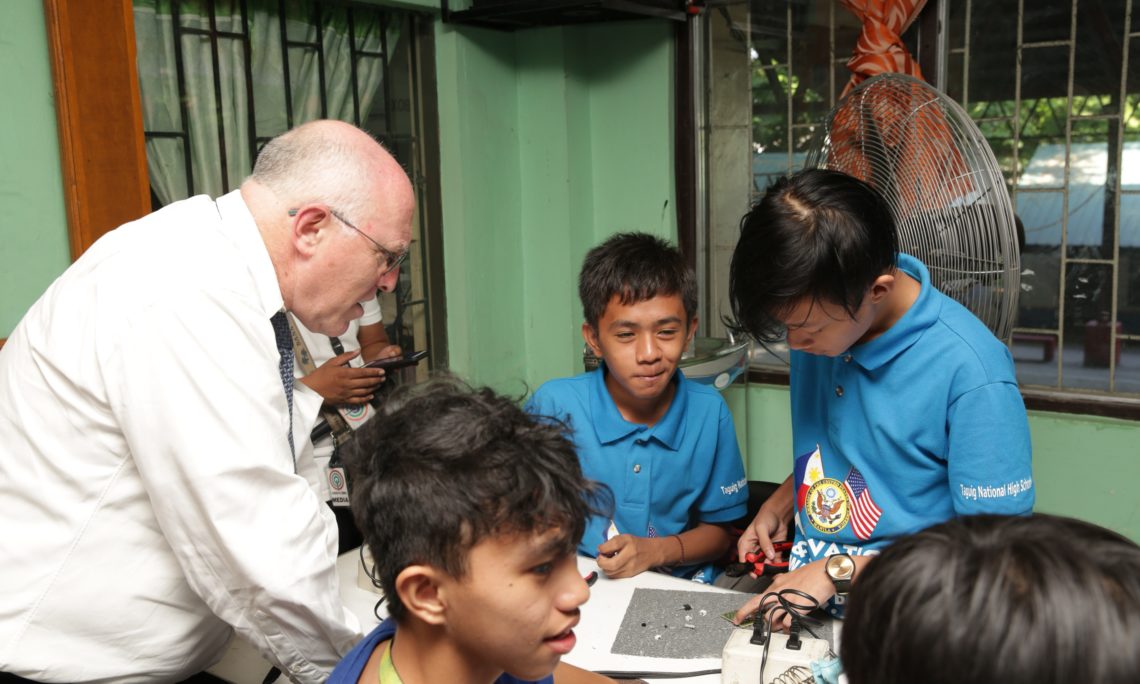 CDA Klecheski assembles solar-powered lamps with Access Program students at the Lights for All Project launch in Taguig.

The Lights for All Project, funded by the United States government and in partnership with MyShelter Foundation, Inc., will assemble and subsequently donate a total of 1,100 solar-powered lamps to communities in conflict-affected and disaster-prone areas throughout the Philippines.  The U.S. Embassy in the Philippines will also donate 15 large solar-powered lights to a community baseball field in Upi, Maguindanao.  Over the next several months, volunteers, including U.S. government program alumni from 10 provinces, will assemble and distribute the remaining lamps.

The U.S. Department of State English Access Microscholarship Program provides a foundation of English language skills to economically disadvantaged 13- to 20-year-olds through two-year programs of after school classes and intensive summer learning activities.  Participants are also able to compete for and participate in future exchanges and study in the United States.  The English Access Microscholarship Program celebrates its tenth anniversary in the Philippines this year; over 1,500 Filipino students have participated in the Access Program since 2007.