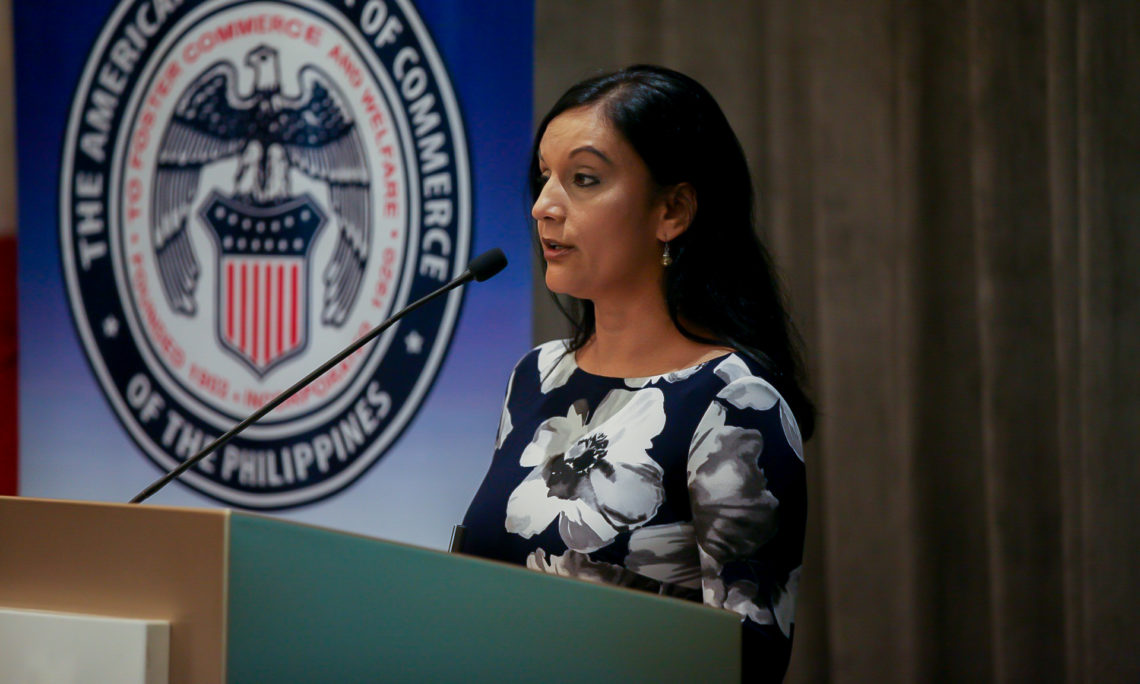 U.S. Assistant Secretary of State for Economic and Business Affairs Manisha Singh discusses the U.S. Indo-Pacific Strategy with private sector representatives during her visit to Manila.

Manila, August 31, 2018 — U.S. Assistant Secretary of State for Economic and Business Affairs Manisha Singh visited Manila this week as part of a multi-stop trip to Asia to identify opportunities for broader bilateral engagement with government and private sector stakeholders as a part of the U.S. Indo-Pacific Strategy.

In separate meetings with Finance Secretary Dominguez, Economic Planning Secretary Pernia, and Foreign Affairs Assistant Secretary Isleta, Assistant Secretary Singh discussed U.S. initiatives to support private sector-led growth in fields of common interest, particularly in the areas of infrastructure, energy, and the digital economy.  During her two-day visit, she also met with infrastructure firms, briefed the Joint Cyber Security Working Group, and met with small companies to learn about the country’s emerging start-up ecosystem.  In remarks at a gathering of private sector representatives, she stressed the importance of high standards in commerce and public-private partnerships to unlock the power of the market for sustainable development.

Assistant Secretary Singh’s trip to the region follows the July 30 Indo-Pacific Forum in Washington, D.C. where the United States launched the economic and commercial components of the whole-of-government Indo-Pacific Strategy to advance a free and open Indo-Pacific region.  At the forum, Secretary of State Pompeo announced new government initiatives to advance sustainable prosperity in the region, seeded with $113 million.  The forum emphasized that the United States seeks to work with Indo-Pacific partners to foster a welcoming environment for investment which prioritizes transparency, anti-corruption, and responsible financing.