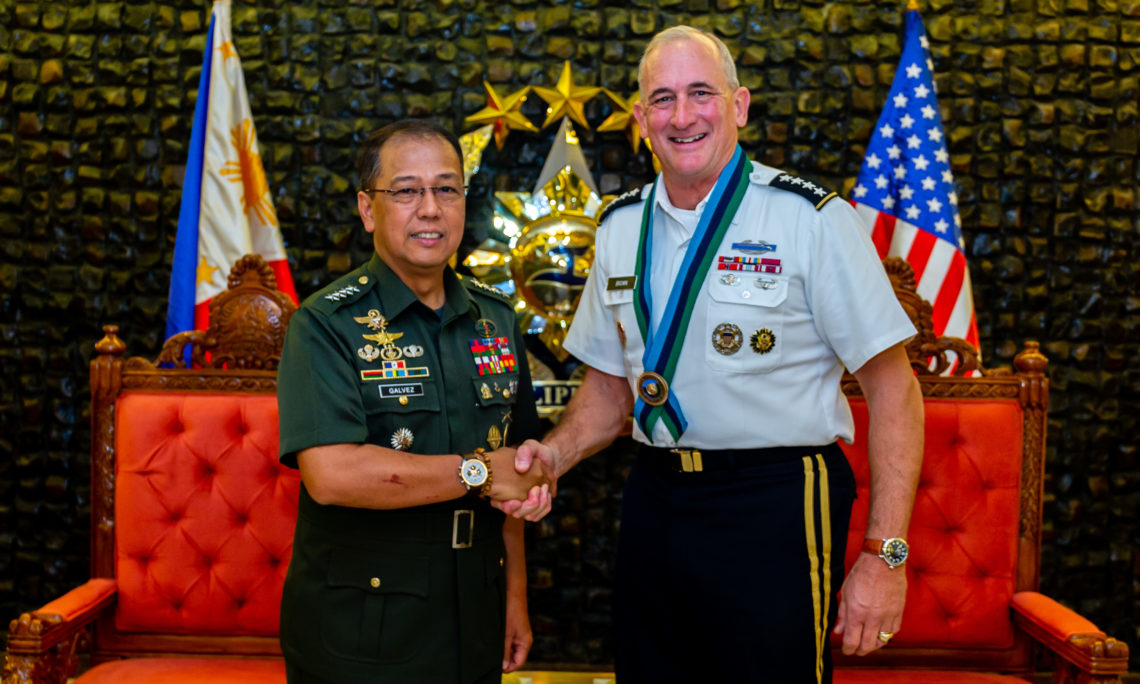 General Brown, Commander of USARPAC, shakes hands with General Carlito Galvez, the Chief of Staff of the Armed Forces of the Philippines.

Manila, November 13, 2018 — General Robert Brown, Commander of U.S. Army Pacific (USARPAC), visited the Philippines from November 10 to 13, emphasizing the importance of the U.S.-Philippine alliance to the Indo-Pacific region.

“It’s a privilege to visit the Philippines for Veterans Day and to recognize both our countries’ militaries and their decades of service to the American and Philippine people,” said Brown.  “Together, Americans and Filipinos have fought valiantly in defense of their nations, loved ones, and way of life.  We honor their sacrifices by continuing to support a free and open Indo-Pacific alongside our friend, partner, and ally, the Philippines.”

General Brown’s visit focused on reaffirming the U.S. Army’s close people-to-people ties with the PA and increasing the interoperability of both the AFP and U.S. armed forces in the coming year.

General Brown has commanded USARPAC since April 2016 and is responsible for all U.S. Army forces in the Indo-Pacific region.