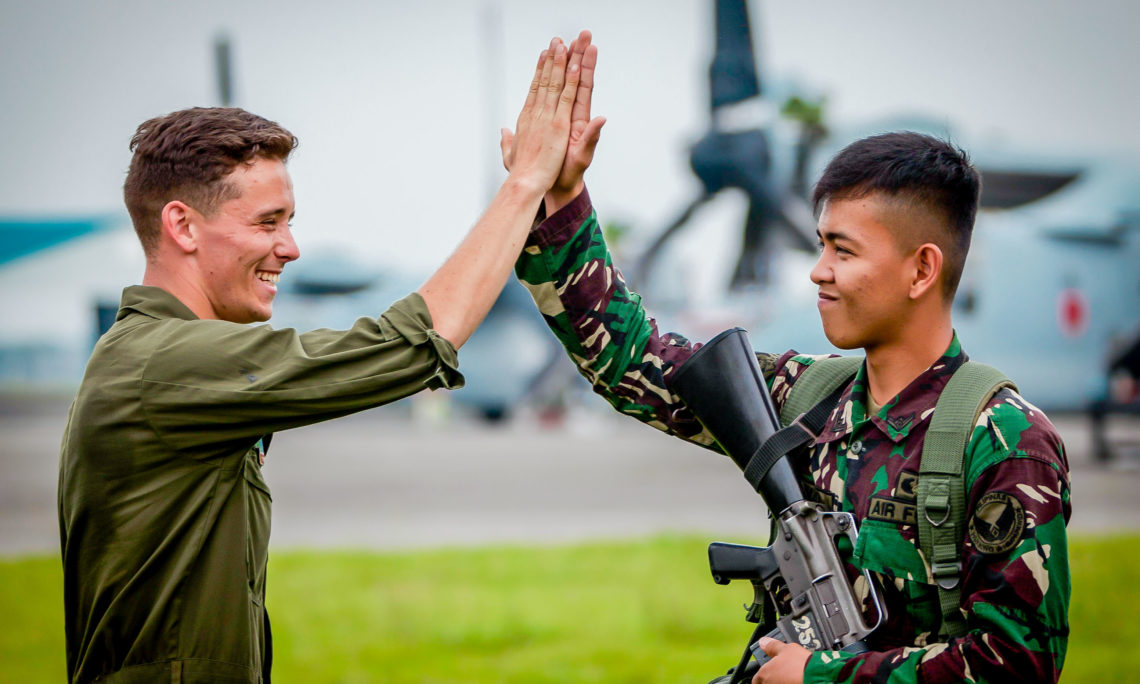 A U.S. Marine and Philippine Airman high five after an MV-22B Osprey aircraft maintenance repair on Clark Air Base.

Manila, October 12, 2017 — U.S. Marines and Sailors with the 3d Marine Expeditionary Brigade, together with their Armed Forces of the Philippines (AFP) counterparts, successfully concluded the inaugural exercise KAMANDAG yesterday during a closing ceremony at Marine Barracks Rudiardo Brown, Taguig, Philippines.

KAMANDAG, which ran from October 2 to 11, is an acronym for the Filipino phrase “Kaagapay Ng Mga Mandirigma Ng Dagat,” or “Cooperation of Warriors of the Sea.”  The name emphasizes the close partnership between the Philippine and United States militaries.

For photos, videos, and stories about KAMANDAG, please visit: www.dvidshub.net/feature/KAMANDAG