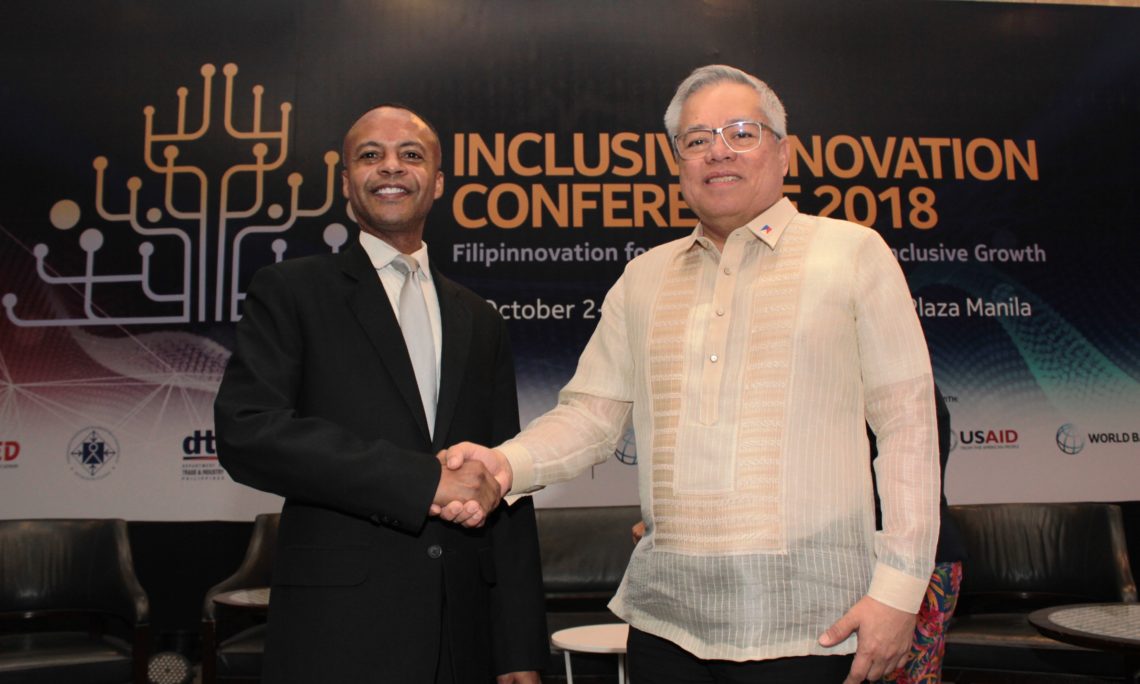 Manila, October 4, 2018 — The U.S. Embassy in the Philippines, through the U.S. Agency for International Development (USAID), announced a Php250 million, three-year extension of USAID’s Science, Technology, Research, and Innovation for Development (STRIDE) project.  The additional assistance, which brings the total USAID investment in the innovation sector to nearly Php2 billion since 2013, will expand collaboration between government, industry, and academia on initiatives that promote innovation and support inclusive growth.

USAID Mission Director Lawrence Hardy II announced the project extension at the Department of Trade and Industry’s Inclusive Innovation Conference in Pasay City with more than 250 representatives from government, universities, and the private sector in attendance.

“USAID is a close partner of the Philippine government in investing in human capital development and employing science, technology, and innovation to bolster growth,” said Hardy.

USAID, in partnership with RTI International, launched STRIDE in 2013 to boost the Philippines’ capacity for innovation-led inclusive economic development.  In the past five years, STRIDE has forged partnerships with over 380 industry partners, 110 Philippine academic institutions, and 25 U.S. universities.  Through these partnerships, STRIDE has developed a network of researchers and entrepreneurs, established career centers at Philippine universities, advanced high-growth sectors, and created employment opportunities.  The U.S. government, through STRIDE, has awarded scholarships for 57 Filipinos to study at U.S. universities and issued 68 grants valued at over Php270 million to provide advanced technical training to Filipino scientists and researchers in support of innovation.

Over the next three years, the project will build on this momentum by facilitating greater collaboration among key government agencies and helping partner universities share their knowledge and best practices with other Philippine universities.  The project extension will enable more Filipinos to contribute to innovation, with the goal of further boosting inclusive, resilient growth in the Philippines.

USAID is the lead U.S. government agency for international development and disaster assistance. In the Philippines, USAID partners with the national government to build a more stable, prosperous, and well-governed nation.  For more information, visit http://www.usaid.gov/philippines or email infoph@usaid.gov.