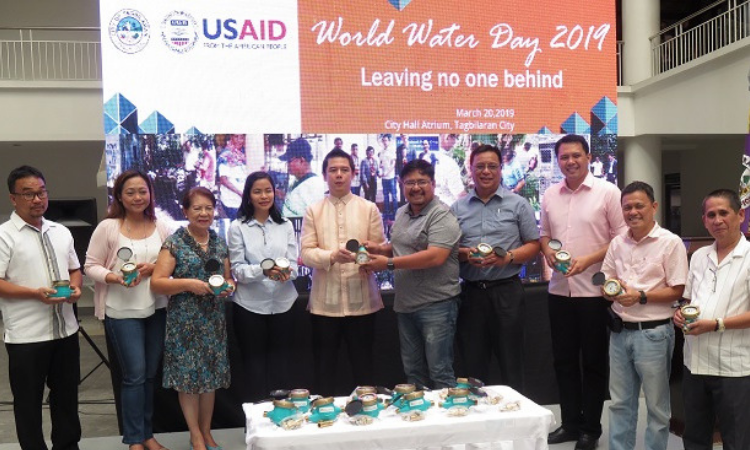 Tagbilaran City, March 21, 2019 — The U.S. government, through the U.S. Agency for International Development (USAID), joined Tagbilaran City and Maynilad Water Services Inc. to celebrate World Water Day.  The March 20 event highlighted the city’s successes in improving access to safe water and reaffirmed the partnership between Tagbilaran, USAID, and Maynilad.  As a result of this partnership, more than 21,500 Tagbilaran City residents now enjoy around-the-clock access to clean water.  Previously, these residents only had access to water eight hours a day.

For the past two years, USAID and Maynilad have provided training and mentoring to enhance the operational and management capabilities of the Tagbilaran City Waterworks System.  In April 2017, USAID and Maynilad Water Academy teamed up with the Tagbilaran City Waterworks System to improve business planning, strengthen fiscal management, and boost the efficiency of services.  Through these measures, Tagbilaran City was able to collect more fees, increasing the water budget by 34 percent.  The additional funding allowed Tagbilaran City to upgrade facilities and install 7.5 kilometers of new water pipes as well as 1,000 new water meters.  These enhancements reduce leakage and augment the city’s ability to monitor its water needs.

During the World Water Day program at the city hall, Tagbilaran City Mayor John Geesnell Yap recognized the achievements of Tagbilaran City Waterworks System, which is run by the local government.  At the event, USAID Urban Planning Specialist Marian Navata noted, “USAID continues to be a committed partner of the Philippine government to expand access to safe water and support good governance in the water and sanitation sectors.”