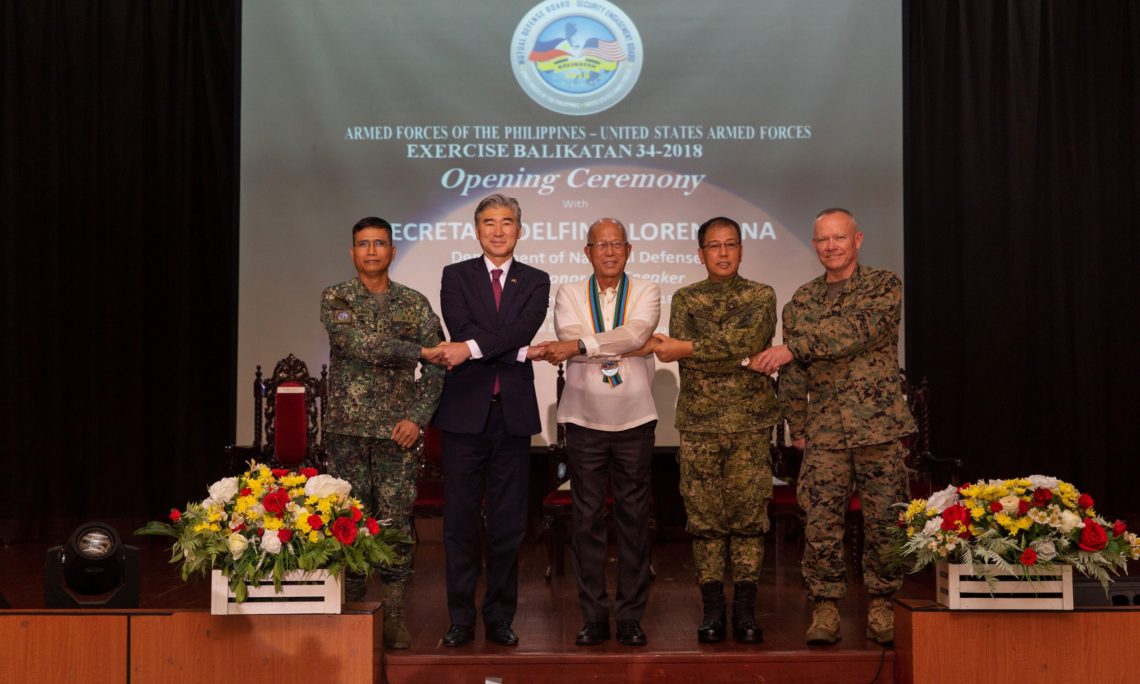 Manila, May 7, 2018 — U.S. Ambassador Sung Y. Kim, Secretary of National Defense Delfin N. Lorenzana, and representatives of the Armed Forces of the Philippines (AFP) and U.S. military officially opened Balikatan 34 today at Camp Aguinaldo.  The 34th iteration of Balikatan, scheduled from May 7 to 18, will take place at multiple locations in Luzon.

Philippine and U.S. forces began community engagement activities for Balikatan 34 on April 19, working side by side to renovate five schools in Luzon and conduct community medical engagements by training local residents on basic medical related skills.

For this year’s exercise, AFP and U.S. forces will improve their counterterrorism capabilities in order to work towards the eradication of global terror networks.  During Balikatan 34, U.S. and Philippine forces will conduct operational and counterterrorism training exercises including a joint combined live fire exercise and an amphibious raid.  Additionally, the forces will train on Military Operations in Urban Terrain, focusing on lessons learned from Marawi.

The United States and Philippines will work with regional partner nations throughout Balikatan 34.  Multinational forces from the U.S., Philippines, Australia, and Japan will participate in all major training events.