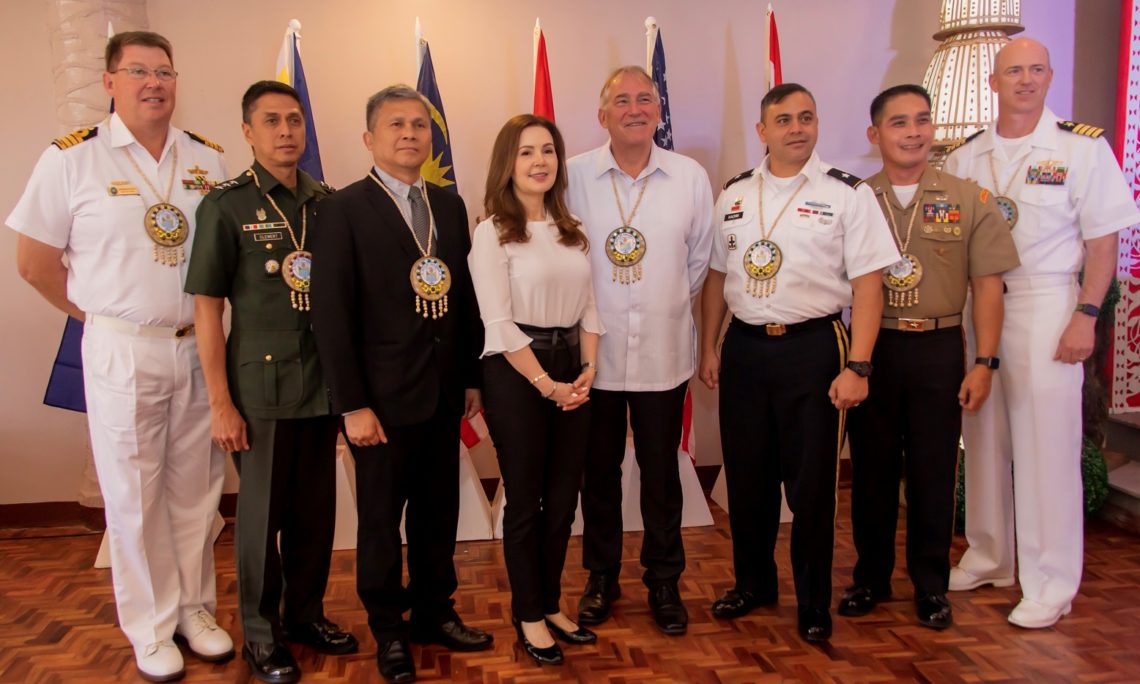 Mayor Romualdez said, “This year’s mission is focused on emergency and disaster preparedness, improving capacity of the local government, enhancing regional partnerships, and increasing multilateral operations.”  Reflecting on Tacloban City’s recovery from Typhoon Haiyan, she added, “Resilience is learning from the past and making learned and informed decisions as we move forward.  And today we welcome Pacific Partnership, our partner in disaster preparedness.”

At the ceremony, DCM Law told participants, “The work that you are doing here today and over the next two weeks is extraordinarily important because you will help make people’s lives better, and we thank you for that.”

After this phase in the Philippines, the Pacific Partnership mission teams will make additional stops in Malaysia, Timor-Leste, Thailand, Marshall Islands, Micronesia, and Vietnam.

Pacific Partnership began in response to one of the world’s most catastrophic natural disasters, the December 2004 tsunami that devastated parts of South and Southeast Asia.  The mission has evolved over the years from emphasis on direct care to an operation focused on enhancing partnerships through host nation subject matter expert and civil-military exchanges.