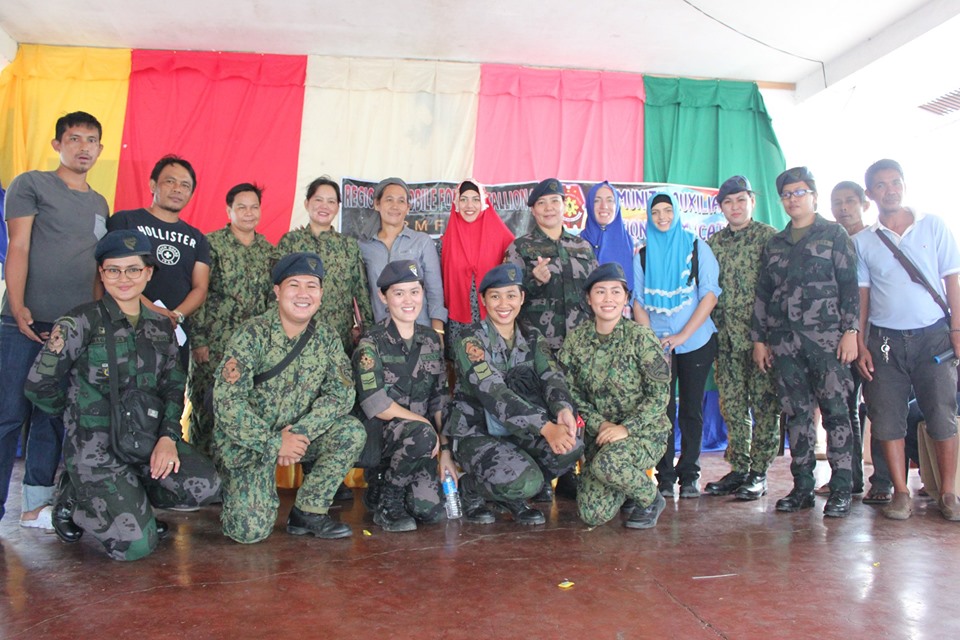 The three-day event aimed to empower and inspire female Philippine National Police officers, who protect and educate the communities they serve.  The modules and discussion focused on topics including combatting violence against women and children, preventing extremist recruitment of women on social media, promoting responsible parenthood and reproductive health, and countering human trafficking.

“Women who work together can transform societies.  Working together, women can ensure that discrimination, inequality, and depreciation no longer define women, and terrorism and violent extremism do not take root,” said Patrolwoman Jessa Gonzales of the PNP RMFB9.

“These women from PNP RMFB9 are at the forefront in defending peace and security in this community and this region.  We are equipping them with skills to enhance their operational capability and creating an opportunity to discuss topics at the micro and macro levels.  Their tireless effort and devotion to duty makes them a great asset to the Philippines, and a strong partner to the U.S.,” said Staff Sgt. Mary Soliva, United States Army.

The United States, as a longstanding friend, partner, and ally of the Philippines, continues to provide support to Philippine security forces to include subject matter expert exchanges on preventing and countering violent extremism.