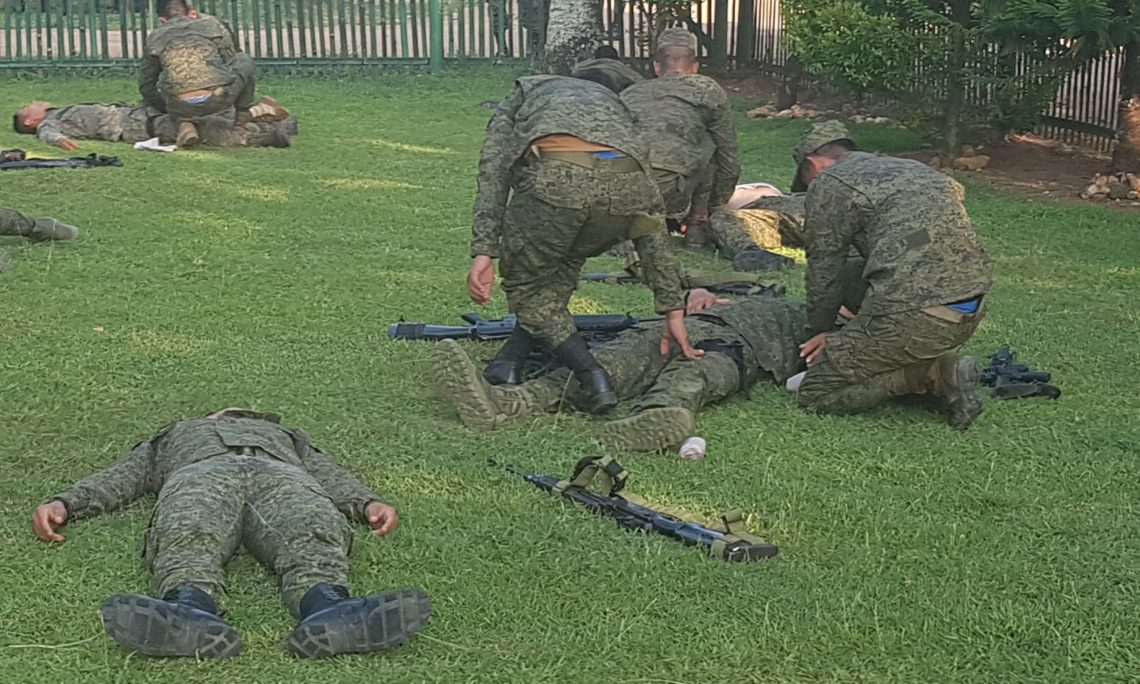 U.S and Philippine military personnel trained side by side in a three-day event designed to provide comprehensive medical training.

More than 30 different units from both the Armed Forces of the Philippines and the U.S. military trained side by side in a three-day, comprehensive medical training known as Tactical Combat Casualty Care.  The event, which was the largest held by the Philippine 6th Infantry Division (6ID) in more than five years, provided classroom instruction and hands-on practical training on treating wounded soldiers.

“Said training was aimed at increasing the knowledge of our troops on the correct way of giving first aid, familiarizing ourselves with the human anatomy, and learning the do’s and don’ts of treating patients…” said 6ID Commander Major General Diosdado Carreon.

Following the training, the United States provided more than Php 830,080.00 ($16,000) in medical supplies to the 6ID.  The training and supplies have bolstered 6ID’s ability to conduct critical care to Filipino soldiers on the battlefield.  The joint training helps to strengthen the longstanding bond between U.S. and AFP soldiers.

“Being equipped with knowledge on casualty care really means a lot when saving lives, especially to our fellow heroes of the battlefield…  I salute our instructors for their passion in terms of tactical care.  They explained it very well and the experiences they’ve shared are something that serves as an inspiration,” said Tanyalux Bella an ICU Nurse at Cotabato Regional Medical Center.