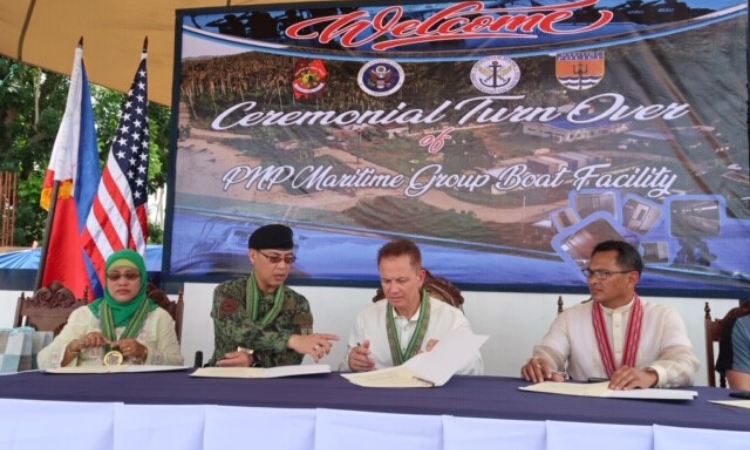 The nearly $2 million, PHP 100,000,000, facility includes a boat ramp, pier, armory, offices, barracks, and a lab.  In recent years, JIATF West has partnered with the PNP-MG to open several such facilities throughout the southern Philippines.

According to Mr. Earl Hampton, JIATF West Deputy Director, the facility will improve the PNP-MG’s ability to conduct counternarcotics patrols and thwart the activity of transnational criminal organizations in the southwest Mindanao archipelago and Sulu Sea.

“This facility is emblematic of the value the U.S. places on our partnership with the PNP-MG,” said Mr. Hampton. “The PNP-MG boat facilities in Mindanao are examples of how our deep bilateral security ties have benefitted the Filipino people and advanced the PNP-MG’s maritime security efforts,” said Mr. Hampton.

The Basilan facility, along with the PNP-MG boat facilities built at Honda Bay, Balabac, Tawi-Tawi, and Taganac, enhance the operational reach of the PNP-MG throughout the southern Philippines.

Mr. Hampton also noted that U.S. forces have been providing support and assistance to the Philippines for many years, at the request of successive Philippine administrations.

“As friends, partners, and allies of the Philippines, the U.S. is committed to bilateral collaboration in countering transnational crime to advance a free and open Indo-Pacific region,” stated Mr. Hampton.