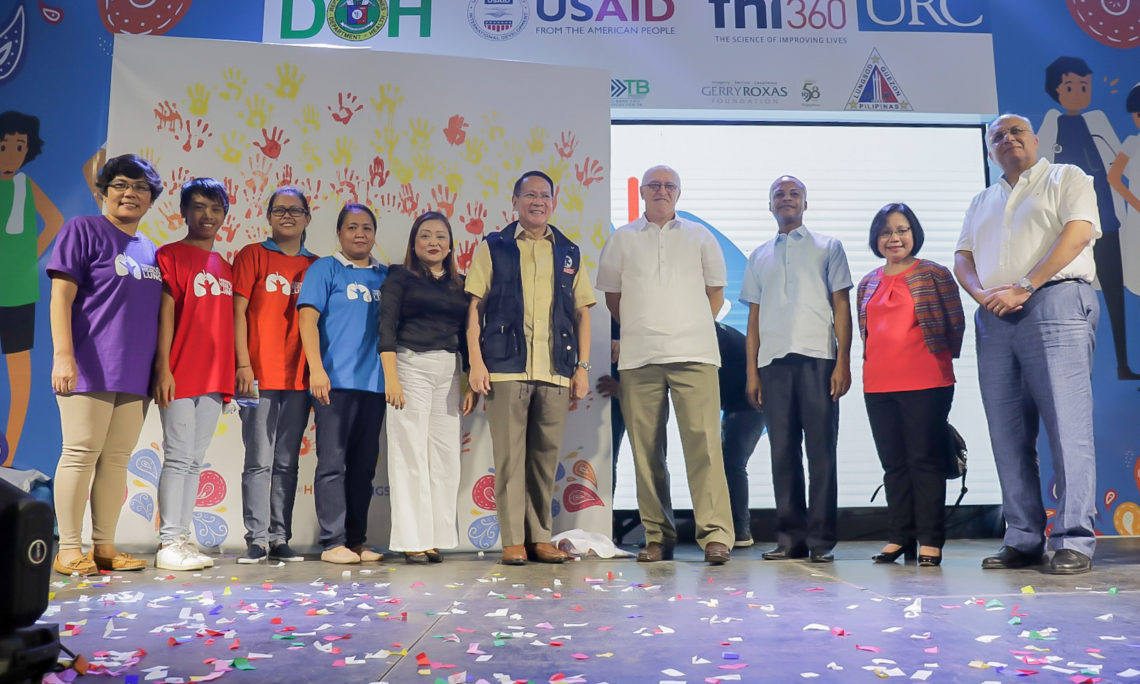 Approximately 1 million people in the Philippines currently have active TB, and many do not know they have the disease. Although TB is curable, at least 60 Filipinos die from the disease every day. TB can result in catastrophic costs to households and causes billions of pesos in economic losses in the Philippines each year.

“Eradicating TB in the Philippines is a crucial step for the country to achieve its development goals,” said CDA Klecheski. “The U.S. government will continue to work shoulder-to-shoulder with the Philippine government to end TB.”

During the event, the Department of Health and Department of the Social Welfare and Development also launched the integration of the TB module into the DSWD Family Development Sessions. These sessions will include health education classes on TB prevention, control, care, and treatment for recipients of the Pantawid Pamilyang Pilipino Program, the Philippine government’s conditional cash transfer program.

These new USAID projects bring the total U.S. government contribution in support of DOH’s National Tuberculosis Control Program to over Php6.5 billion. As a result of the U.S.-Philippine partnership, the number of TB patients diagnosed and treated in the Philippines has more than doubled since 2006.

USAID is the lead U.S. government agency for international development and disaster assistance. In the Philippines, USAID partners with the national government to build a more stable, prosperous, and well-governed nation. For more information, visit http://www.usaid.gov/philippines or email infoph@usaid.gov.