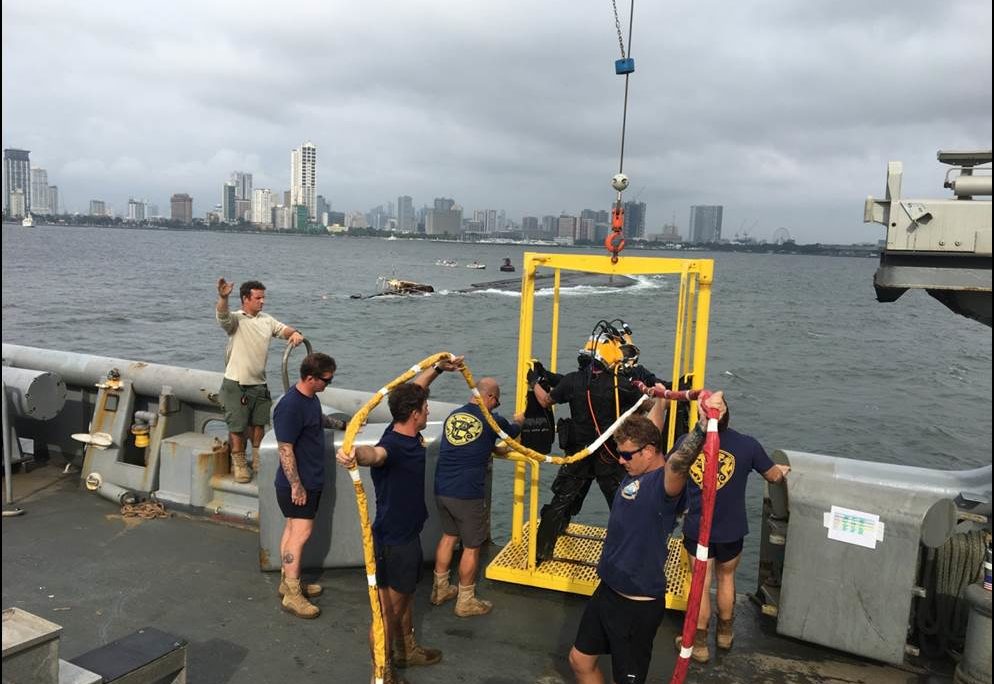 Members of Mobile Diving and Salvage Unit One bring two divers up above water after a dive at the MV Captain Ufuk in Manila Bay.

The MV Captain Ufuk sunk roughly a year ago, and poses a hazard to navigation in Manila Bay.  As well as enhancing the skill set of PCGSOG personnel, this exchange will also provide vital information to plan for refloating and relocating the MV Captain Ufuk at a later date.

The Commander of PCGSOG, Cdr. Edgardo Hernando met with the MSDU-1 dive teams as well as engineering and salvage representatives from U.S. Combined Task Force 73, who will be joining in a long-term engagement plan to facilitate combined operations in the future to refloat and salvage the vessel.