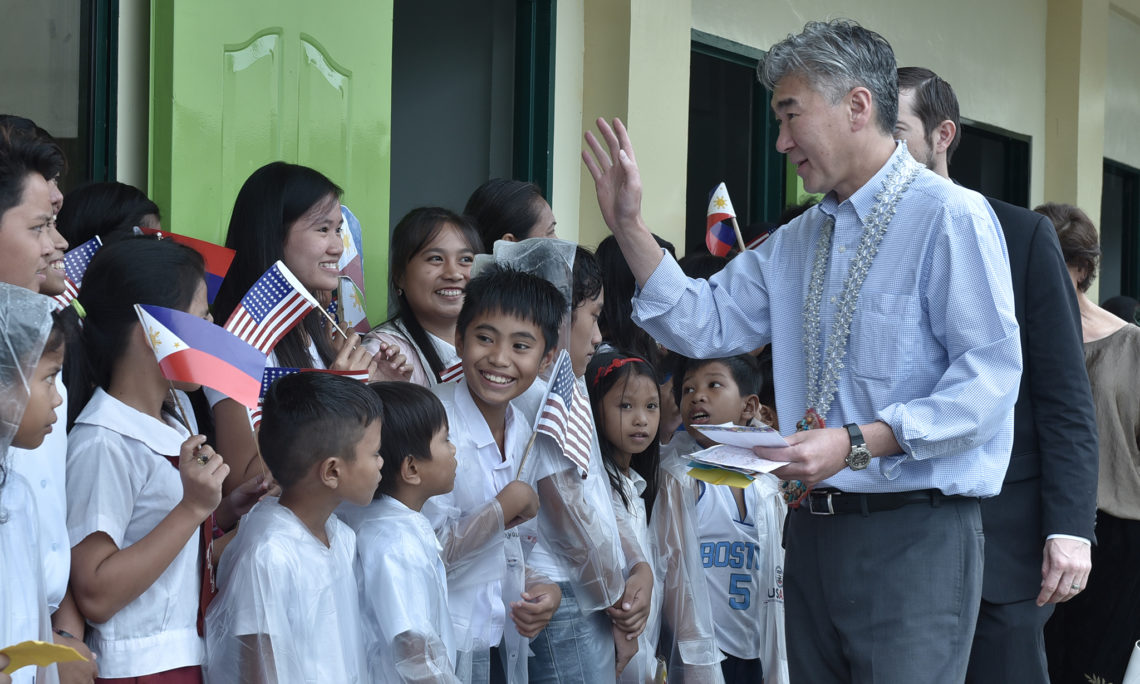 Leyte, April 4, 2017 — U.S. Ambassador to the Philippines Sung Kim made his first trip to the province of Leyte to inaugurate classrooms and a livelihood training center constructed by the U.S. Embassy in the Philippines’ United States Agency for International Development (USAID).

Ambassador Kim was joined by Palo Municipal Mayor Remedios “Matin” Petilla during the formal inauguration of nine new classrooms for Anahaway Elementary and Anahaway National High Schools in the municipality of Palo, Leyte.  The classrooms are designed to withstand high-velocity winds of up to 360 kilometers per hour and a magnitude 8.5 earthquake on the Richter scale.

“These classrooms are among the many examples of the United States’ solidarity and friendship with the Philippines.  We are your strong ally and dedicated partner,” said Ambassador Kim.

The Ambassador then made his way to Tacloban City to turn over the Tacloban City Training Center to the local government, represented by Mayor Cristina Romualdez.  The center, which is expected to serve over 6,000 farmers, fisher folk, and entrepreneurs operating in the city and nearby areas, is part of the U.S. government’s broader initiative to help revive Leyte’s economy post-Haiyan.

“Our partnership has come a long way after three years.  But what makes us truly proud is your courage and determination to rise above the adversity.  Your stories are an inspiration to all of us,” the Ambassador said.

The Embassy’s office of U.S. Agency for International Development is the lead U.S. government agency that works to end extreme global poverty and enable resilient, democratic societies to realize their potential.  In the Philippines, USAID partners with the national government to create a more stable, prosperous and well-governed nation. For more information, visit http://www.usaid.gov/philippines or email infoph@usaid.gov.