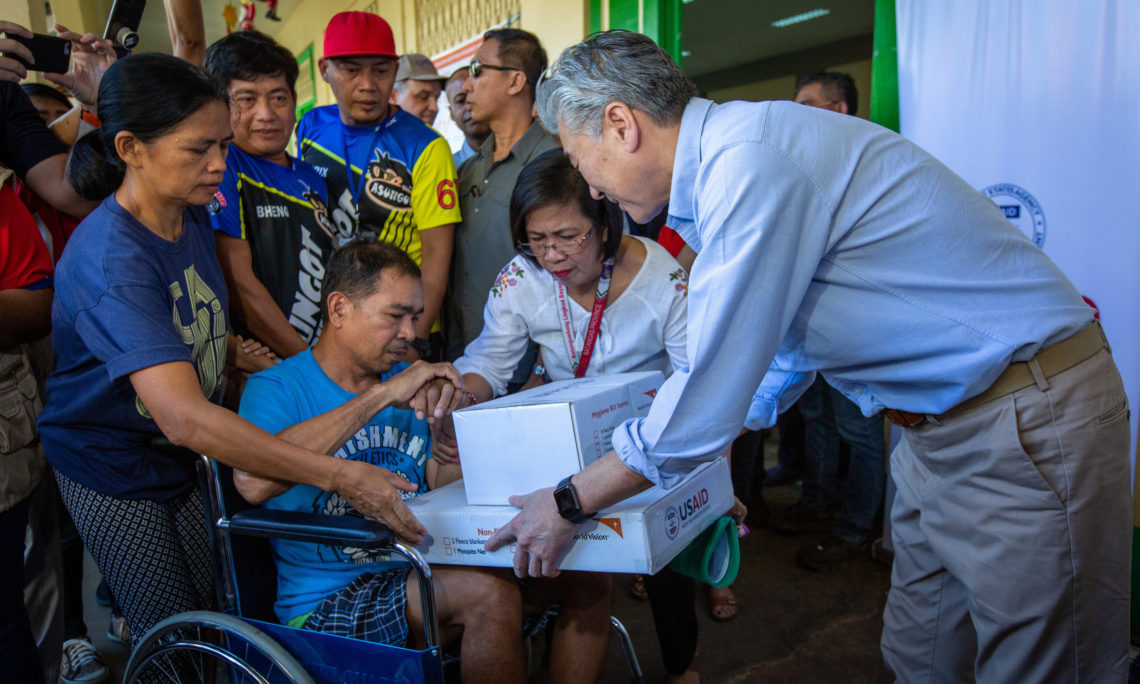 Nasugbu, Batangas, January 22, 2020 — During a visit to a school serving as an evacuation center in Nasugbu, Batangas on January 22, U.S. Ambassador to the Philippines Sung Y. Kim announced the provision of Php 5.1 million ($100,000) in U.S. government support to those affected by the January 12 Taal volcanic eruption.  Ambassador Kim also joined Philippine Disaster Resilience Foundation (PDRF) partners to distribute supplies to evacuees in Calatagan.

While at the evacuation site, the Ambassador spoke with families who were forced to evacuate their homes.  “I’m inspired by the strength and resilience of these families who faced such devastation and loss following the volcanic eruption.  As friends, partners, and allies to the Philippines, we will continue to support our Philippine government counterparts as they work to address the needs of those communities most affected by the eruption.”

In Calatagan, Ambassador Kim thanked PDRF companies for their assistance to evacuees.  “I have been very encouraged to see the private sector – American companies alongside Philippine companies – mobilize to address urgent needs of communities following the Taal volcanic eruption.”  PDRF is a major private sector vehicle and coordinator for disaster management in the Philippines.