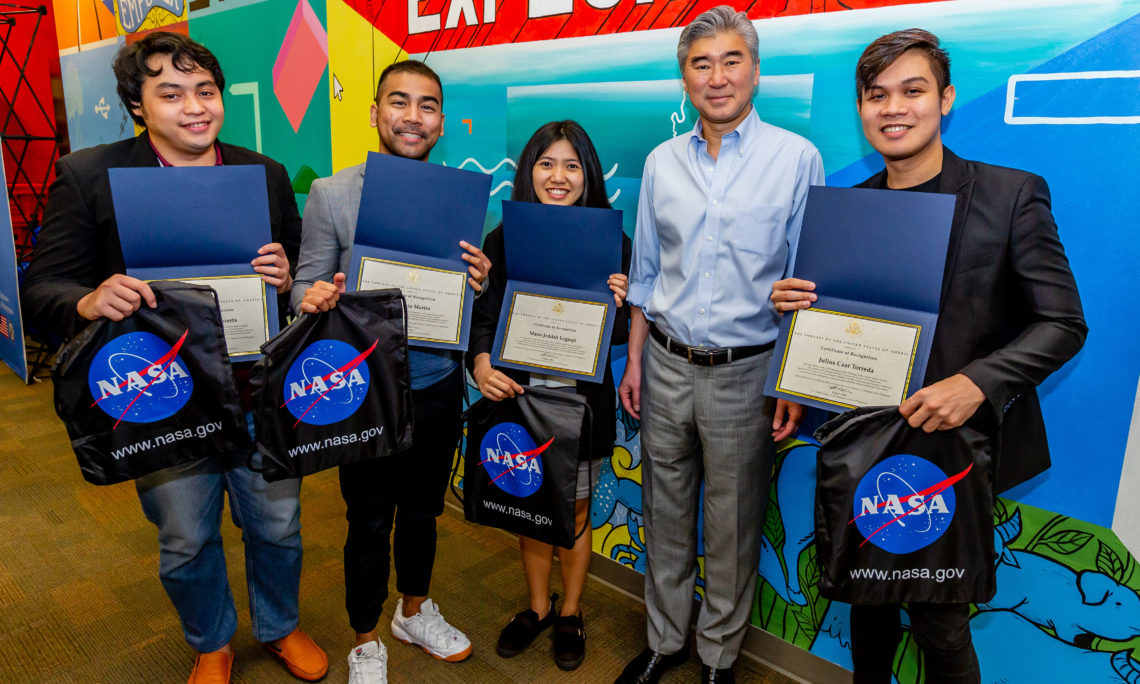 Ambassador Kim said, “I am deeply impressed by team iNON’s fantastic achievement in defeating teams from around the world to win first place in the Galactic Impact category of the NASA Space Apps Challenge.  They can inspire other Filipino youth to develop innovative solutions to problems in their own communities.”

Team iNON conceived of ISDApp at the U.S. Embassy-sponsored NASA Space Apps Challenge in October 2018.  Deputy Chief of Mission John Law, who served on the panel of judges, said, “Team iNON’s approach to getting important information out to members of coastal communities without internet connectivity struck me as clever and compassionate, and I’m pleased they received global recognition.”

Team iNON member Legaspi explained, “ISDapp is a simple solution with an important purpose, which we believe helped it swim to success.  This is proof that even technology needs a heart.”

Martin added, “We saw the problem, and figured we could do something to help the lives of coastal communities around the world.”