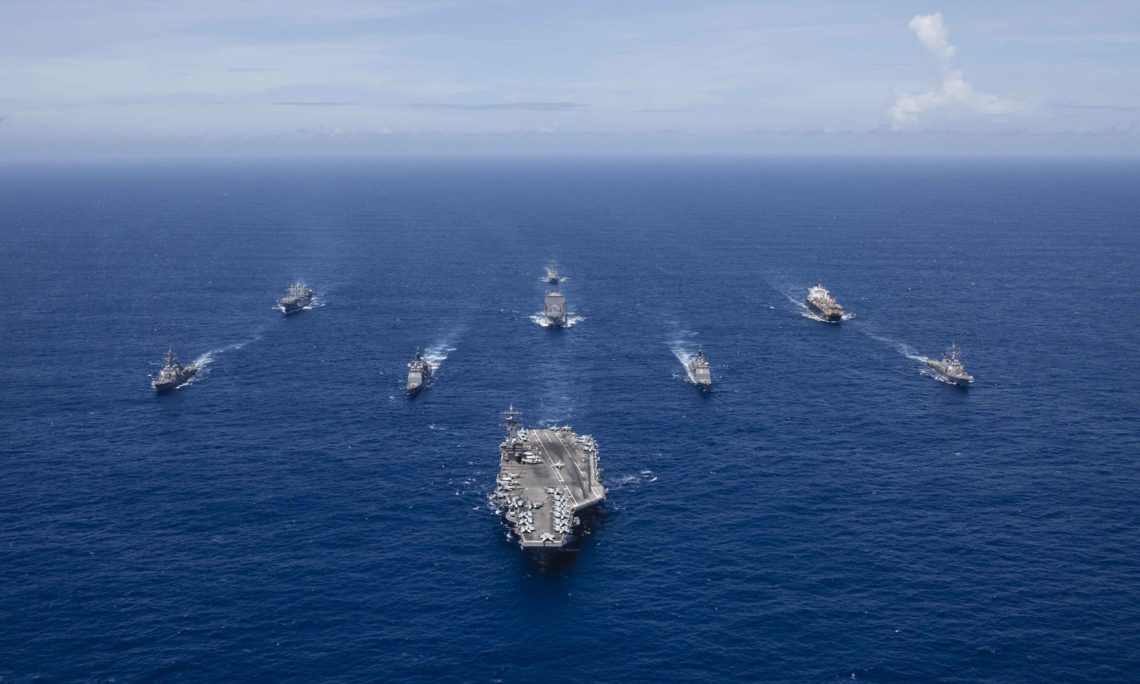 Manila, August 7, 2019 — The Ronald Reagan Carrier Strike group arrived in Manila for a brief port call that highlights the strong community and military connections between the Philippines and the United States on August 7, 2019.

“This visit is a great representation of our strong friendship, partnership, and alliance with the Philippines, as well as a testament to our joint commitment to a free and open Indo-Pacific region,” said U.S. Ambassador to the Philippines Sung Kim.

While in Manila, the U.S. Navy and the Philippine Navy will participate in sporting events, engage in senior leadership exchanges, and take part in community relations and cultural events.  The ships will also host tours for students and youth.

“This port call is a direct reflection of the longstanding relationship between the U.S. and the Philippines and underscores our strong support to peace and stability in the Indo-Pacific region,” said Rear Admiral Karl Thomas, Commander, Task Force 70. “Visiting the Philippines is always incredible and I’m glad that the officers and sailors of Carrier Strike Group 5 will have the chance to deepen ties with our critical ally, while enjoying the culture and beauty of this wonderful country.”

Ronald Reagan, Chancellorsville, and Antietam are forward-deployed to the U.S. 7th Fleet area of operations in support of security and stability in the Indo-Pacific region.