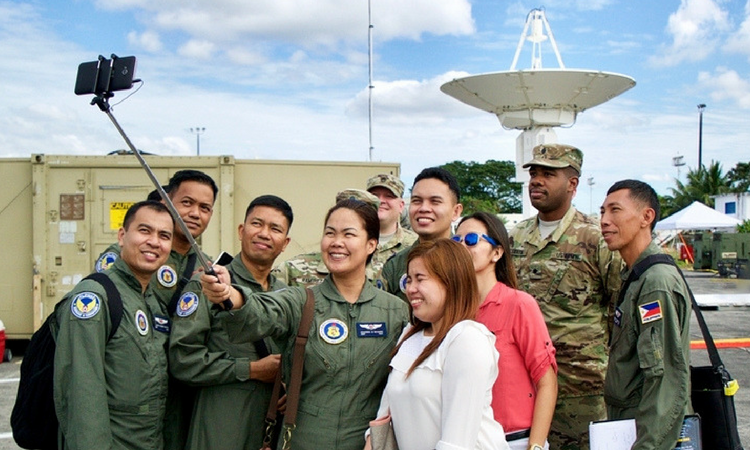 A group of Philippine Air Force members and U.S. Soldiers crowd together to take a selfie after training together at Clark Air Base as part of a U.S. bilateral training exercise to promote enhanced security cooperation and increased disaster response capabilities.

Clark Air Base, January 26, 2017 — Over the last two weeks, U.S. and Philippine service members trained side by side in a series of Subject Matter Expert Exchanges as part of the most recent U.S. Air Contingent, at the invitation of the Government of the Philippines and at the direction of U.S. Pacific Command. The training provided the Philippine and U.S. service members an opportunity to practice and refine planning Humanitarian Assistance and Disaster Relief operations.

The purpose of the Air Contingent is to promote increased interoperability between U.S. and Filipino forces and to further enhance security cooperation and disaster response capabilities between the allies.

The first rotation of the Air Contingent stood up at Clark Air Base, Philippines, in April 2016, following a joint announcement by then-Philippine Secretary of National Defense Voltaire Gazmin and former U.S. Secretary of Defense Ash Carter.