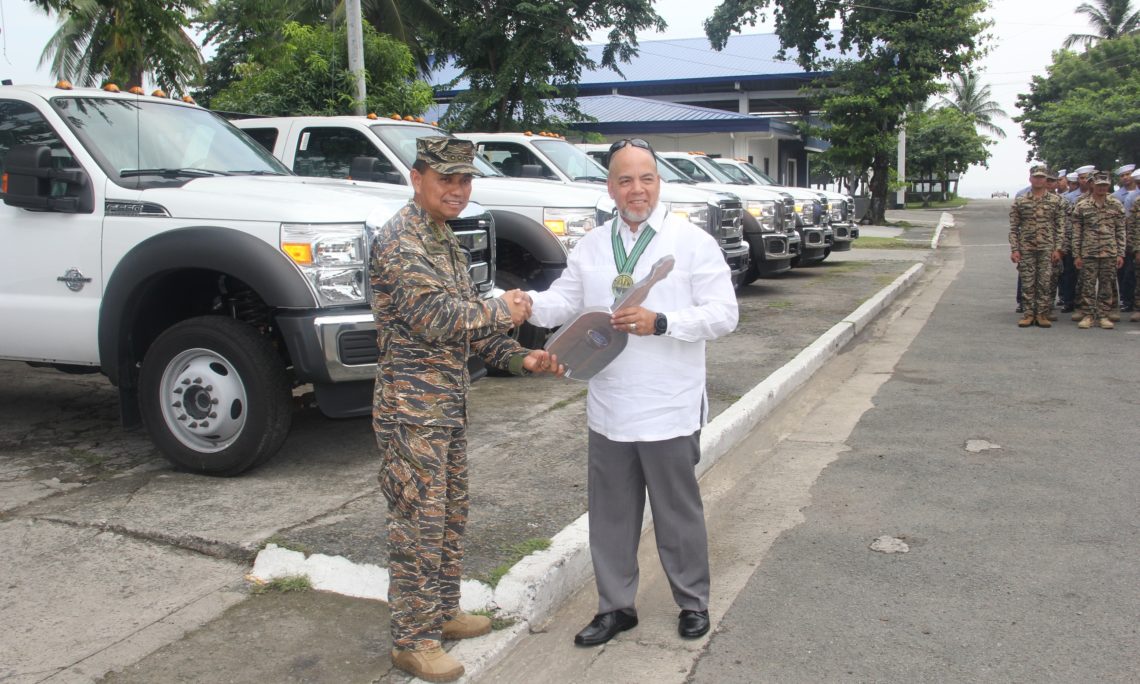 Present at the ceremony were representatives from the Joint U.S. Military Assistance Group, as well as Capt. Alfonspin P. Tumanda Jr. and Cmdr. Jim P. Razo, the Commander and Deputy Commander of Philippine NAVSOG, respectively.

These trucks will help ease the mobility of the NAVSOG units spread throughout the Philippines including units located in Tawi-Tawi, Zamboanga, and Davao.  They will also aid in the transport and deployment to critical areas of rigid-hulled inflatable boats that were previously delivered by the U.S. to the AFP.

Through a variety of assistance packages over the past three years, the U.S. has provided the Philippines with over 200 million dollars of grant assistance to assist our partner forces in building the required capabilities for success.