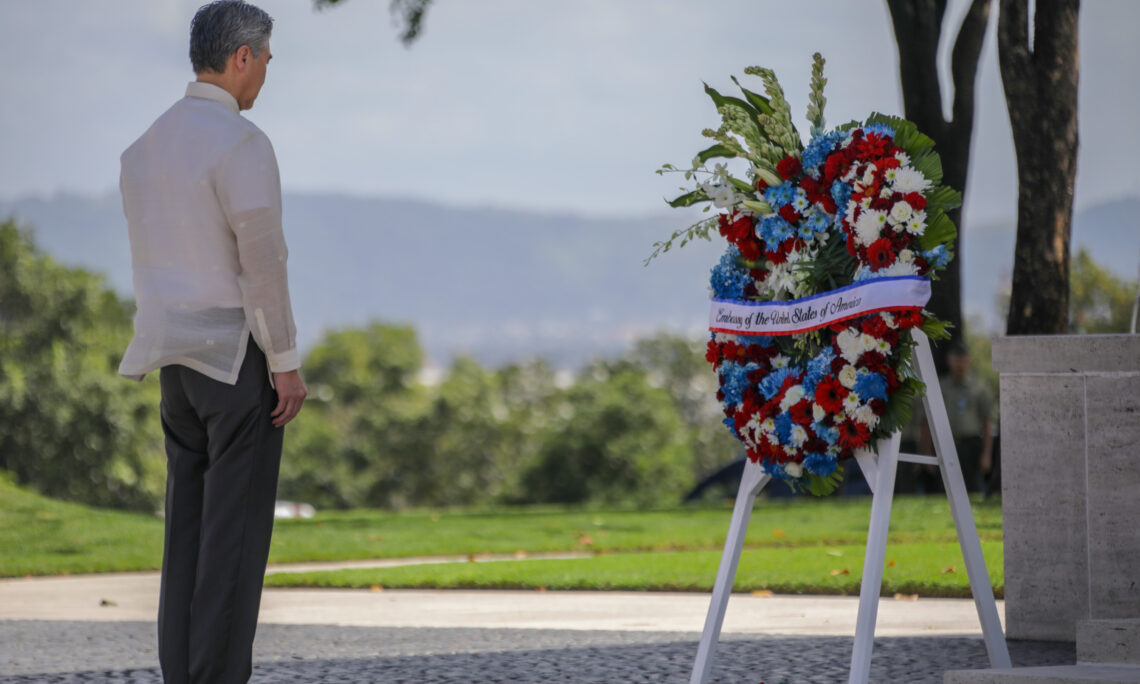 Manila, May 25, 2020 – On Memorial Day, the United States and the Philippines are one in honoring the Filipinos and Americans who served valiantly during the liberation of the Philippines in World War II.

In a video message, U.S. Ambassador to the Philippines Sung Kim and Philippine Secretary of National Defense Delfin Lorenzana honored the men and women who made the ultimate sacrifice of defending freedom and democracy.

Memorial Day is an American holiday observed on the last Monday of May to honor soldiers who lost their lives in the line of duty.  The Manila American Cemetery is the final resting place for more than 17,000 fallen service members from World War II, including from the United States, the Philippines, and other allied nations.

The last Monday of May is Memorial Day in the United States. #AloneTogetherWeHonor #AlliesForFreedom