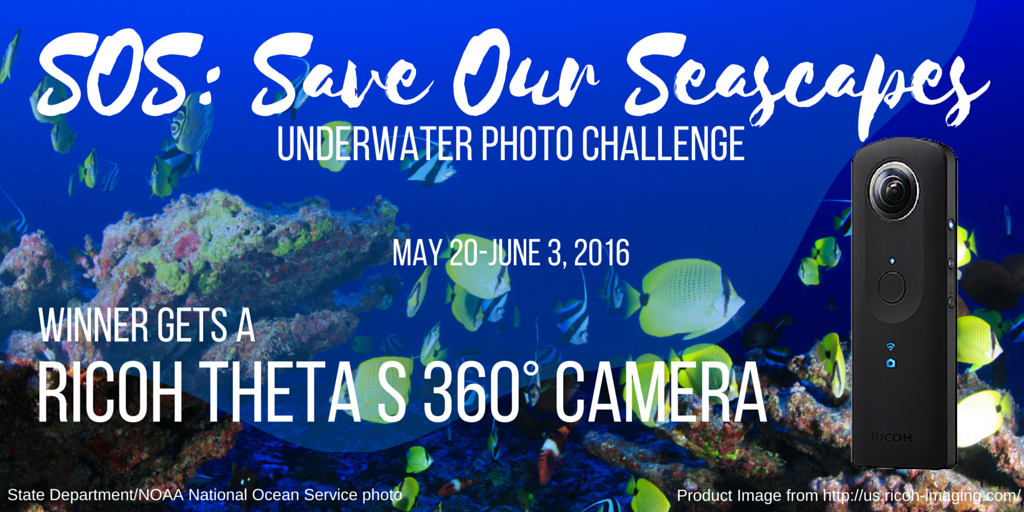 President Barack Obama declared June to be Oceans Month last year as a way to inspire people to restore and celebrate oceans, coasts, and the Great Lakes.

The photo competition is open to all Filipinos who are currently residing in the Philippines and are 18 years old and above. The U.S. Embassy Manila will be accepting entries of original, underwater photos from May 20 to June 3, 2016. The winner will be announced on June 3, 2016 and the winning photo will be used to promote Oceans Month. The winner will also receive a Ricoh Theta S 360° camera as a prize.

The full mechanics of “SOS: Save Our Seascapes” underwater photo challenge can be found here: https://www.facebook.com/events/171586376576284/