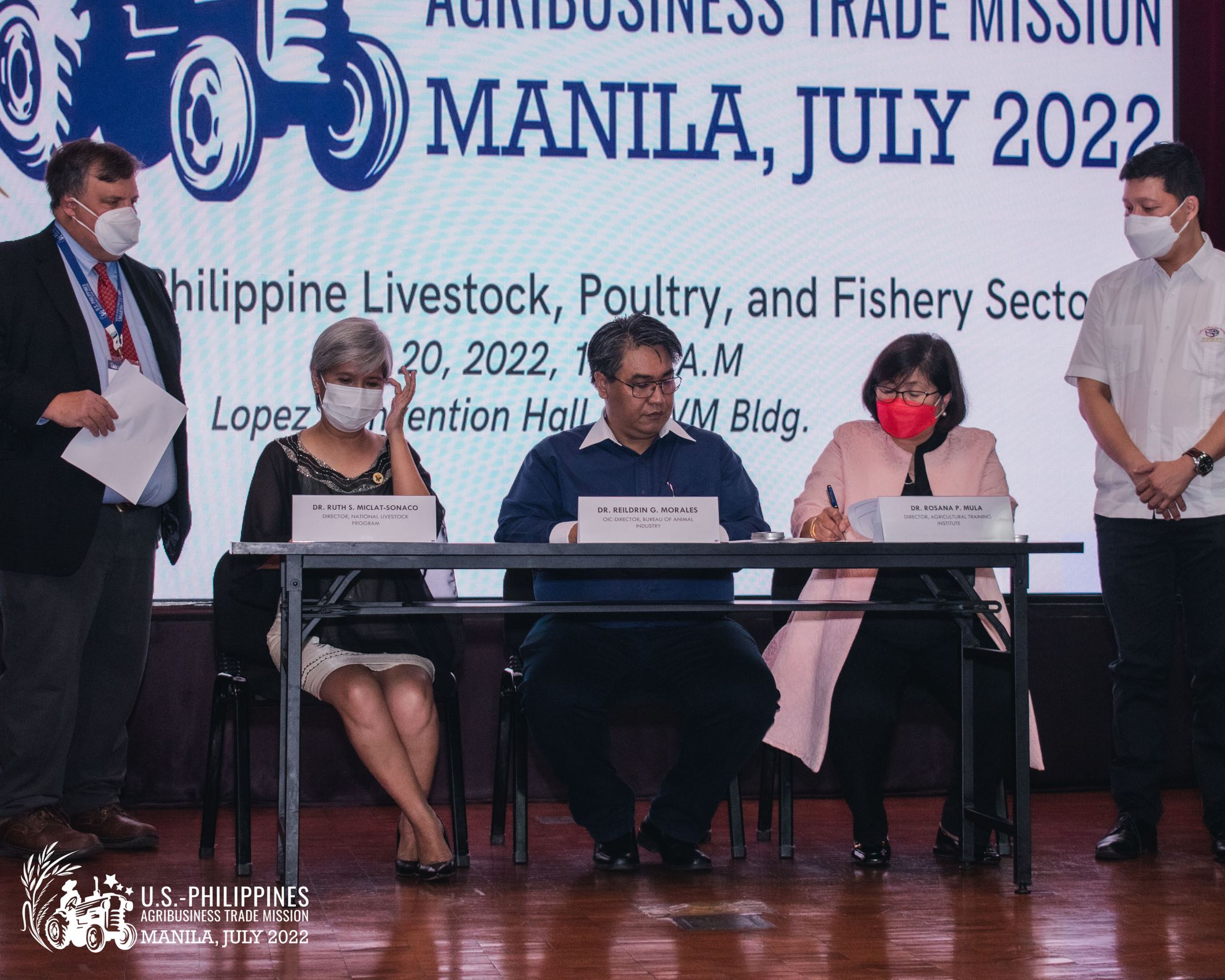 Through this project funded by the U.S. Department of Agriculture (USDA) Foreign Agricultural Service (FAS) Emerging Markets Program and implemented by the University of Minnesota, Philippine Department of Agriculture (DA) technical officials will receive a two-week training in the United States, equipping them with relevant knowledge to conduct workshops across the Philippines to help combat the spread of African Swine Fever (ASF).

DA officials counter-signed a memorandum of understanding to implement the project at the DA office in Quezon City on July 20.  Agriculture Commissioner of Minnesota Thom Petersen represented the University of Minnesota at the ceremony.

In his remarks, FAS Administrator Daniel Whitley noted that the project builds on the work of the U.S. Department of Defense’s Defense Threat Reduction Agency and USDA-Animal and Plant Health Inspection Service on combatting transboundary animal diseases.

Also witnessing the launch were leaders from the U.S. and Philippine hog sectors.  “Since our initial conversation with the Philippine government a few years ago, the opportunity to better understand ASF and the benefits for both countries were always clear,” said National Pork Producers Council (NPPC) President Terry Wolters, the author of the project proposal.

Pork Producers Federation of the Philippines President Rolando Tambago welcomed the project as a “timely initiative that will enhance the industry’s competence on disease control,” while National Federation of Hog Farmers, Inc. President Chester Tan remarked that the knowledge gained from the project “can be cascaded to our Asian neighbors to better equip farmers in their fight against ASF.”

Through the USDA-funded Building Safe Agricultural Food Enterprises (B-SAFE) project, the United States also assists Philippine hog farmers in their repopulation efforts by strengthening biosecurity measures at the farm level.  Through the Cochran Fellowship Program, USDA has trained many local hog raisers since 2017 in improving their food safety through proper cold chain and handling.

The launch of this project was held as part of the USDA Agribusiness Trade Mission to the Philippines from July 18 to 21. Administrator Whitley is leading a delegation of 16 U.S. companies, 10 State Departments of Agriculture, and 11 trade associations to strengthen U.S.-Philippine economic and agricultural partnerships and boost food security.