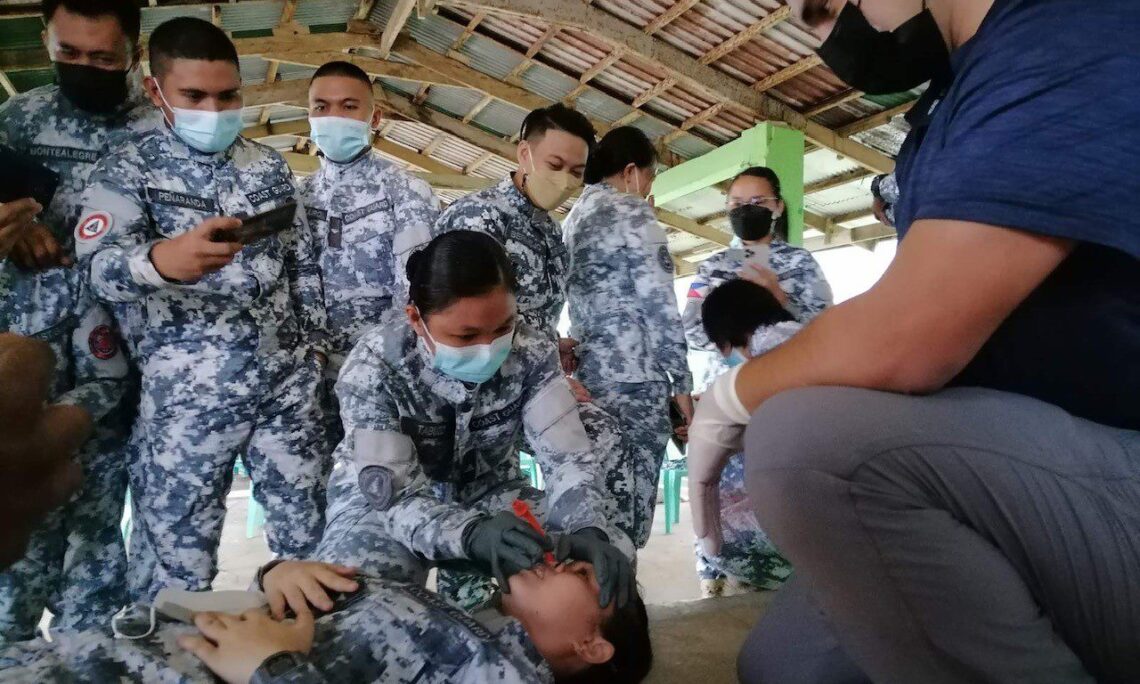 Manila, October 12, 2021 – From October 4 to 6, members of the U.S. Civilian Military Support Element-Philippines (CMSE PHL) conducted Tactical Combat Casualty Care Training with the Philippine Coast Guard North Eastern Luzon District (PCGNELZ).  This is the first time the U.S. military has been able to train directly with the PCGNELZ.

The training strengthened the medical capabilities of the participants who work in a wide range of environments during maritime and land-based operations.  The course consisted of Basic Life Saving and Tactical Combat Casualty Care academic and practical sections, resulting in the successful training of 20 PCGNELZ personnel.

“This training event has been the first time our district has been able to train together with our U.S. partners, but we certainly hope it will not be the last.  This medical training will be a great benefit to the communities we serve, and we look forward to our continuing partnership,” said Lt. j.g. Dennis Rapal, PCGNELZ Chief of Staff.

This training was designed to enhance the ability of the PCGNELZ in responding to both maritime security operations, as well as search and rescue operations.

Through training scenarios designed to simulate emergencies during maritime law enforcement, maritime security, and maritime search and rescue operations, 20 students were trained on skills to address and manage an injury on the spot.  These skills can provide valuable skills in aiding both fellow PCG personnel, as well as any civilian personnel in need of aid.

This training partnership exemplifies the close relationship between U.S. and Philippine friends, partners, and allies in promoting a free and open Indo-Pacific region by strengthening maritime law enforcement and maritime search and rescue.