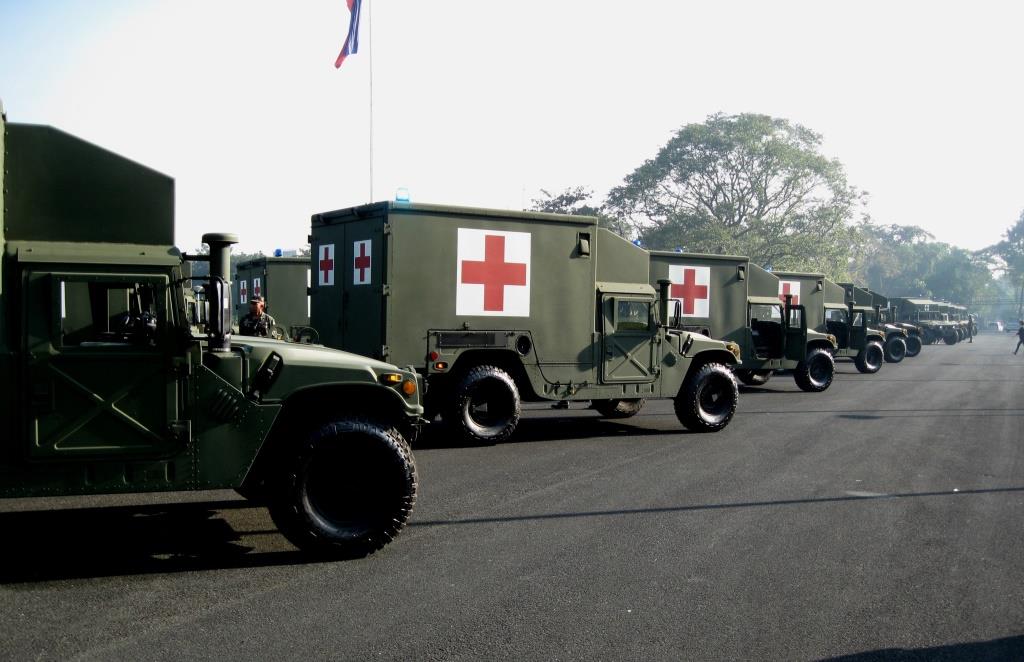 23 HMMVW “Humvee” Ambulances are pre-positioned at General Headquarters, Camp Gen Emilio Aguinaldo in preparation for today’s ceremony. The ambulances are equipped with an ambulance shelter and medical equipment set that includes one oxygen tank, a first aid kit and two stretchers. The capability al

Manila, January 29, 2015 —The Philippine Armed Forces took possession of 23 newly acquired U.S. ambulances on January 26. High Mobility Multipurpose Wheeled Vehicles, commonly referred to as “HUMVEE” ambulances, are another example of joint U.S.-Philippine efforts to improve capabilities to meet the challenges of the 21st century.  The turn-over ceremony and blessing was conducted at General Headquarters and Headquarters Service Command, Quezon City. Seven additional HMMWVs will arrive towards the end of February to complete the ambulatory fleet of multipurpose vehicles. In total, the Foreign Military Sales transaction amounted to US$18,993,629 (PHP 837,876,782).

This procurement of U.S. engineered and manufactured Humvee Ambulances is a milestone toward enhancing the Philippine Army’s frontline health services capabilities.

Secretary of National Defense, Voltaire T. Gazmin attended the ceremony and acted as the Guest of Honor and keynote speaker. Also in attendance were personnel from the Department of National Defense (DND), AFP General Headquarters, and Joint U.S. Military Advisory Group (JUSMAG) Philippines, all of whom played a key role in the acquisitions process.