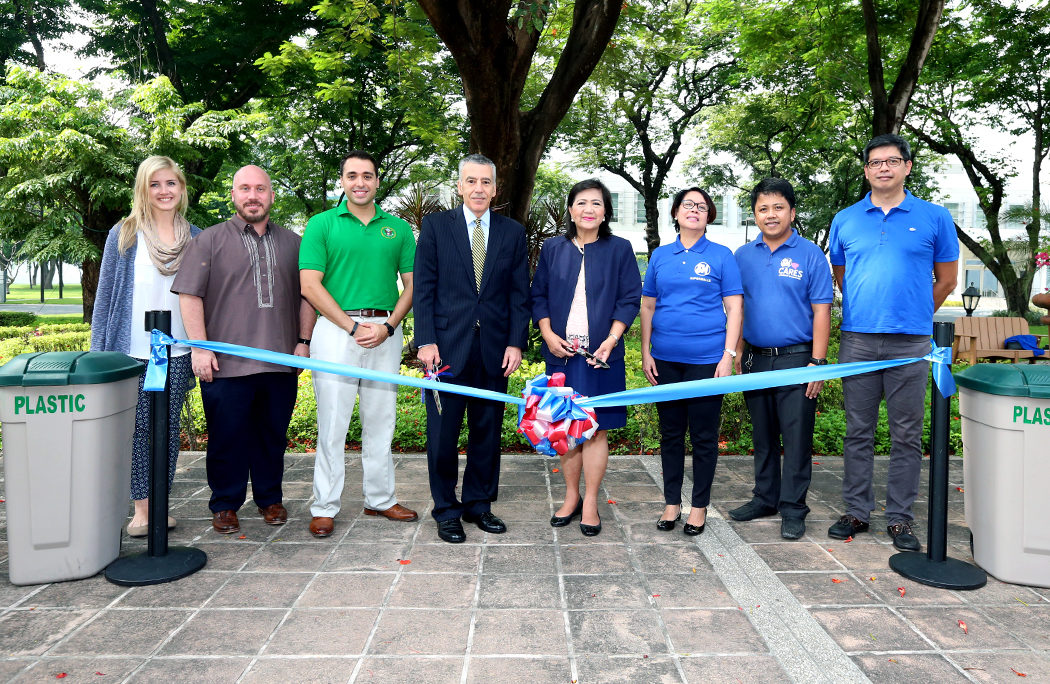 Manila, June 20, 2016 — U.S. Embassy Manila inaugurated its official recycling program, in partnership with representatives from SM Cares.  Ambassador Philip S. Goldberg, along with SM President Annie S. Garcia, took part in the ribbon cutting ceremony that officially opened three recycling collection centers in the Embassy. The initiative was spearheaded by the Embassy’s Green Team, a group of Embassy volunteers who promote environmental awareness within the Mission.

This is one of several environmentally-themed projects the U.S. Embassy has undertaken recently. Previous activities have included river and ocean cleanups, planting thousands of bamboo saplings in Antipolo’s Hinulugang Taktak on Earth Day in cooperation with SM Cares, and educating children throughout the country about the importance of recycling.