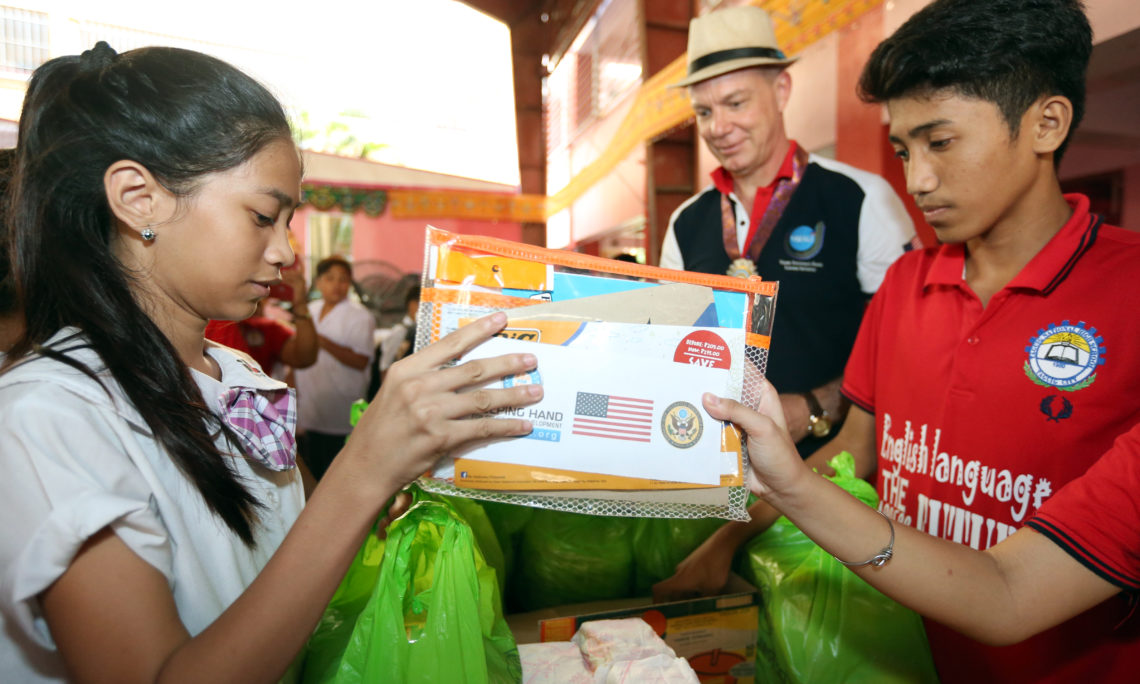 Prior to the iftar, the U.S. Embassy in Manila, in partnership with the Taha M. Basman Memorial Islamic Foundation (TMBMIF), conducted an outreach activity with 200 Muslim underserved elementary school students in Maharlika Village, Taguig City. Youth volunteers from TMBMIF, TNHS, Federation of Muslim Student Associations, and the Young Southeast Asian Leaders Initiative (YSEALI), as well as teachers from Maharlika Elementary School led storytelling, poster making, and board game activities, as well as the distribution of school supplies and food packets.

Launched in 2013, the Young Southeast Asian Leaders Initiative (YSEALI) is the United States’ signature program to strengthen leadership development and networking in Southeast Asia. Through a variety of programs, including U.S. educational and cultural exchanges, regional exchanges, and seed funding, YSEALI seeks to build the leadership capabilities of youth in the region, strengthen ties between the United States and Southeast Asia, and support the ASEAN community. YSEALI focuses on critical topics identified by youth in the region: civic engagement, environment and natural resources management, and entrepreneurship and economic development.

About the YSEALI Community

The YSEALI community consists of bright young leaders, 18–35 years old, from Brunei, Burma, Cambodia, Indonesia, Malaysia, Philippines, Laos, Singapore, Thailand and Vietnam who are making a difference in their communities, countries, and the region. There are currently more than 50,000 people who have registered online to be part of the YSEALI community.