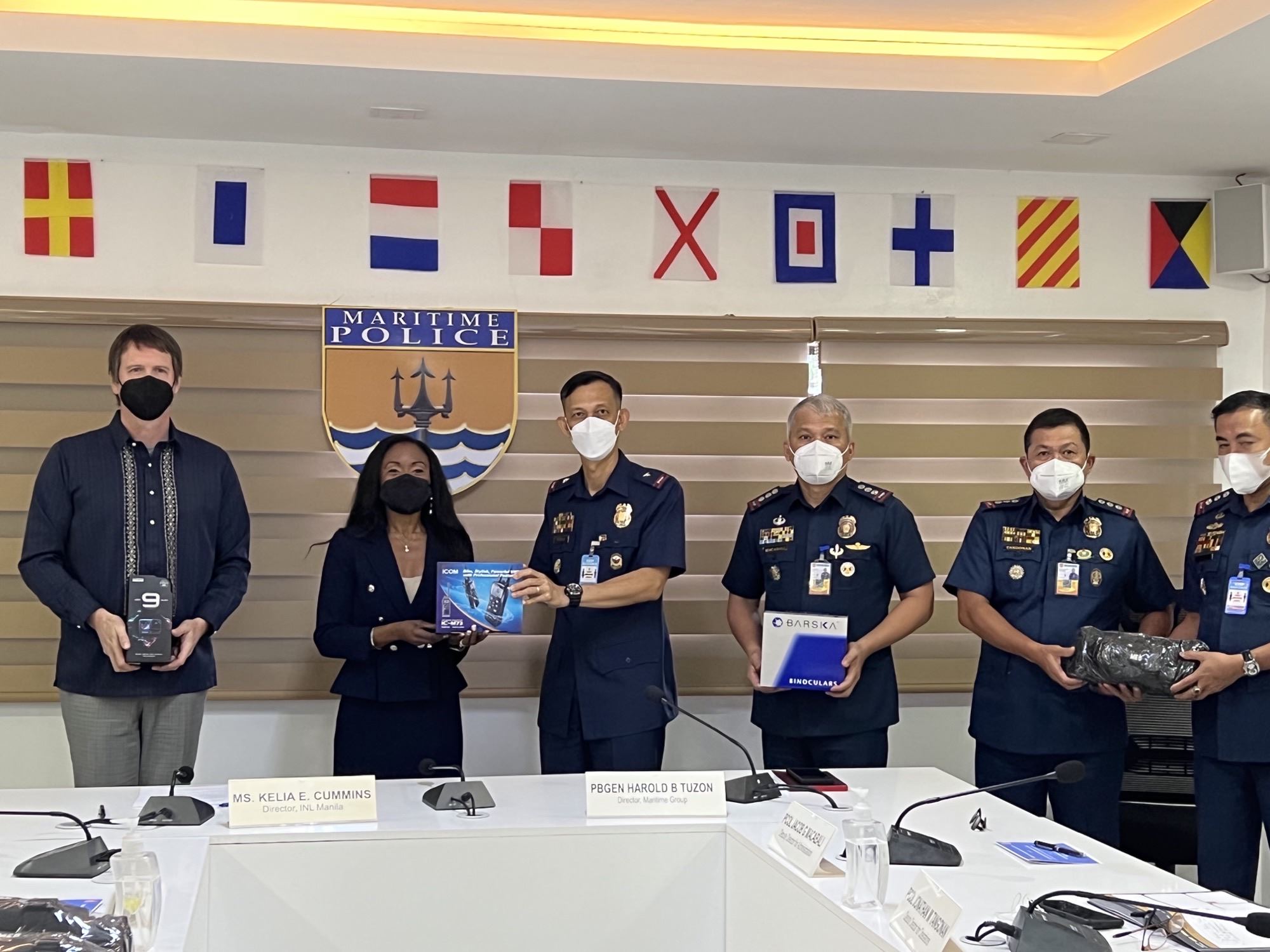 “This donation is a tribute to the long-standing partnership between the PNP-MG and the United States, and will help in maintaining law and order, preventing crimes, and maintaining internal security,” PNP-MG Director Tuzon said.

“We are confident that these items will enhance the PNP-MG’s ability to operate more effectively and safely across the spectrum of maritime law enforcement activities,” Director Cummins said.

INL and other U.S. partners have maintained an enduring and mutually beneficial partnership with PNP-MG for many years.  U.S. support has helped establish PNP-MG’s Special Operations Units in Palawan and Tawi-Tawi, while specialized programs have enhanced capability in areas such as underwater crime scene investigations (UCSI) and illegal, unregulated, and unreported (IUU) fishing.  Additional donations to PNP-MG to support UCSI are expected later this year.