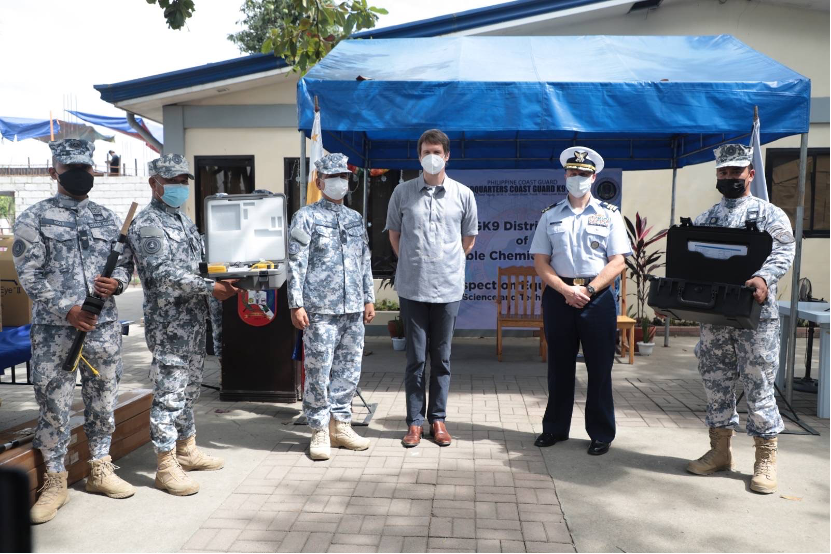 The equipment was the second INL donation of drug detection equipment to the K9 Force.  In early 2020, INL donated four handheld drug analyzers that the PCG and its partners have used effectively in interdiction efforts.

During the November 12 ceremony, guest of honor Rear Adm. Ronnie Gil L. Gavan, commander of PCG’s Maritime Security and Law Enforcement Command, expressed his appreciation for the continued U.S. assistance and highlighted the critical role of the K9 Force in accomplishing PCG’s mission.  INL and its U.S. partner agencies are working with PCG to explore additional opportunities to support K9 Force development.