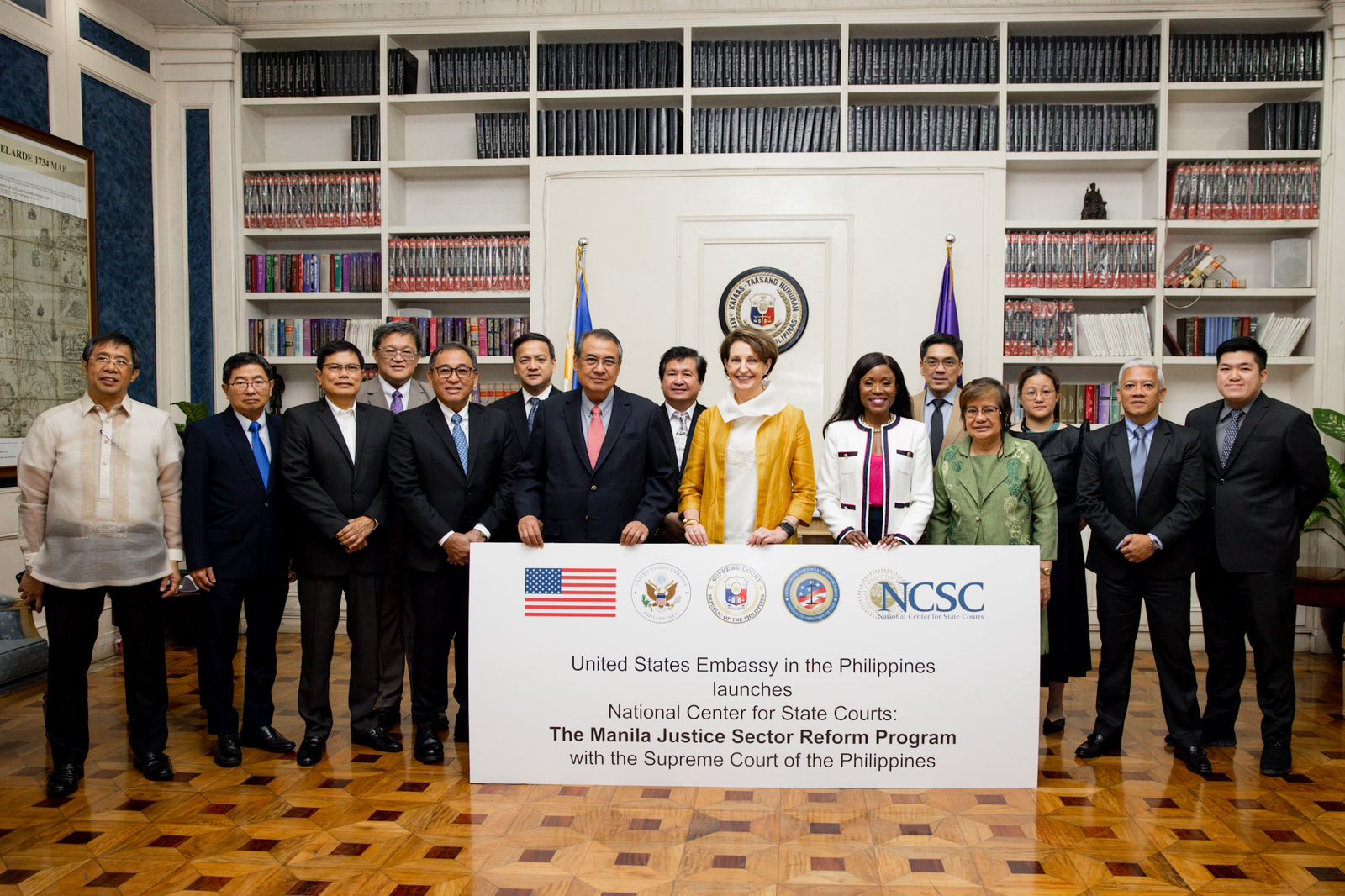 During the meeting with U.S. Ambassador MaryKay Carlson, Chief Justice Alexander Gesmundo and the Associate Justices of the Supreme Court discussed the 2022-2027 Strategic Plan for Judicial Innovations, which aims to streamline court systems, create an Information and Communications Technology infrastructure for the judiciary, and increase access to justice by honing adjudicative and administrative processes.

The U.S. State Department’s Office of International Narcotics and Law Enforcement Affairs (INL) awarded the grant to the U.S. National Center for State Courts (NCSC) to facilitate the implementation of the Manila Justice Sector Reform Program in support of the Supreme Court’s 2022-2027 Strategic Plan for Judicial Innovations.  This 18-month long program seeks to set the foundation for future judicial reforms by evaluating the existing capacity of the Philippine judiciary, supporting strategic planning, and developing key performance baselines and tools for measuring success.

The NCSC is an American non-profit organization that provides technical assistance, training, and technology to enhance justice systems and services around the world.

“The rule of law is essential in ensuring equal access to justice for all, especially the most vulnerable,” Ambassador Carlson said to Chief Justice Gesmundo and to the Associate Justices.  “We must preserve democratic institutions and bring together like-minded countries because the rule of law is vital to democracy.  The United States values its longstanding partnership with the Philippines and remains committed to supporting the Supreme Court as it pursues judicial reforms.”

Chief Justice Gesmundo thanked the U.S. government and other partner agencies for their contributions “that have helped the Supreme Court become more efficient and effective in the administration of justice.”