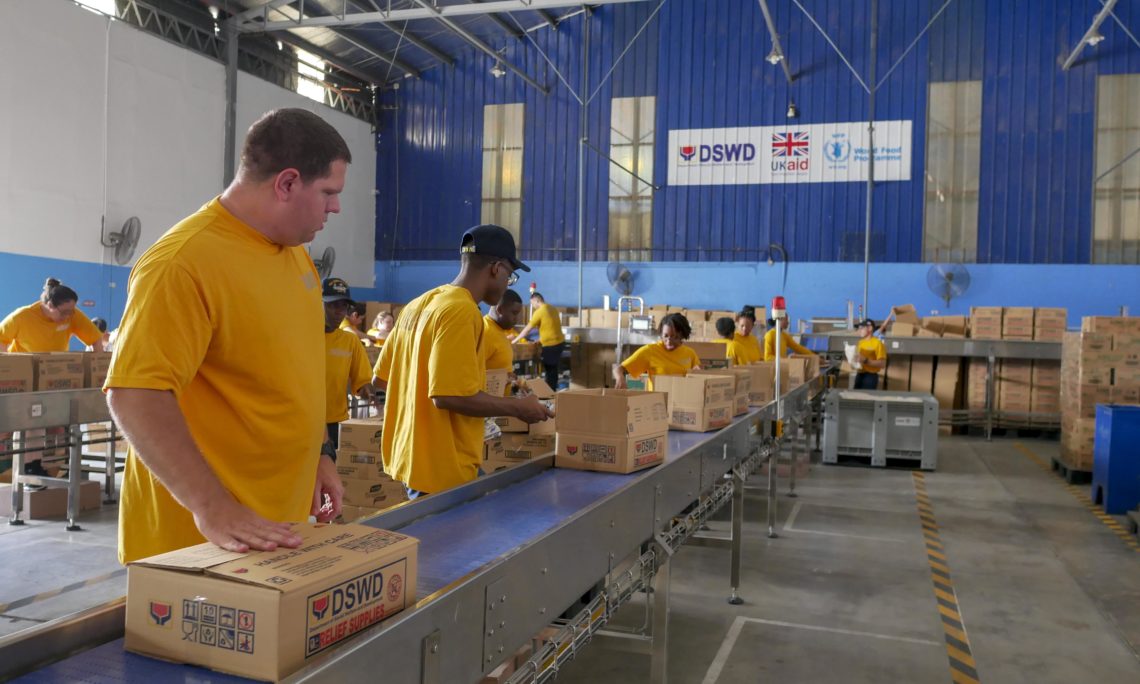 During the project, Sailors helped pack more than 3,000 boxes of food items to be delivered to victims of the January volcanic eruption at Mount Mayon. According to the U.N. Office for the Coordination of Humanitarian Affairs, the disaster resulted in the displacement of more than 90,000 people.

“We rely solely on volunteers, so it is very important that we get this kind of support in order for us to be able to ship goods to victims in different areas affected by disasters,” said Byrone Barrionuevo, head of volunteer management for NRLMS.

Legalman 1st Class Keia Greenwood, who volunteered to lead the project, said it was a rewarding experience on multiple levels.

“It shows our ability to work together and our overall teamwork as a Navy,” said Greenwood. “These guys really did great today. With the right amount of communication and teamwork, we were able to pack about 979 boxes per hour, and hopefully we were able to show the people of the Philippines that we have their backs.”

Ronald Reagan, the flagship of Carrier Strike Group 5, provides a combat-ready force that protects and defends the collective maritime interests of the U.S. and its allies and partners in the Indo-Pacific region.