The project will conduct extensive archival research on traditional tattoos as documented by the early travelers to the Philippine Cordilleras at the turn of the last century, and will digitally repatriate these archival collections to source communities and academic institutions in the Philippines.  The project will also document the narratives of the remaining tattooed elders in the Cordilleras through anthropological research and fieldwork.  Discussions on the different rituals performed before the actual tattooing, the profiles of the culture bearers (i.e., tattooed elders), and current and planned efforts to revive the practice will be included. 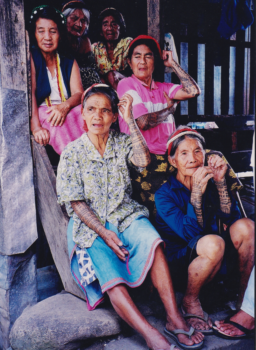 The output of this project will be a manuscript, which, among other anthropological interests, will examine the various and changing meanings ascribed to tattoos in the context of ethnic and Filipino identity formation, and determine how tourism and modernity has influenced local cultures, particularly the younger generations of “Igorots.”

The project is expected to be completed by June 2021.