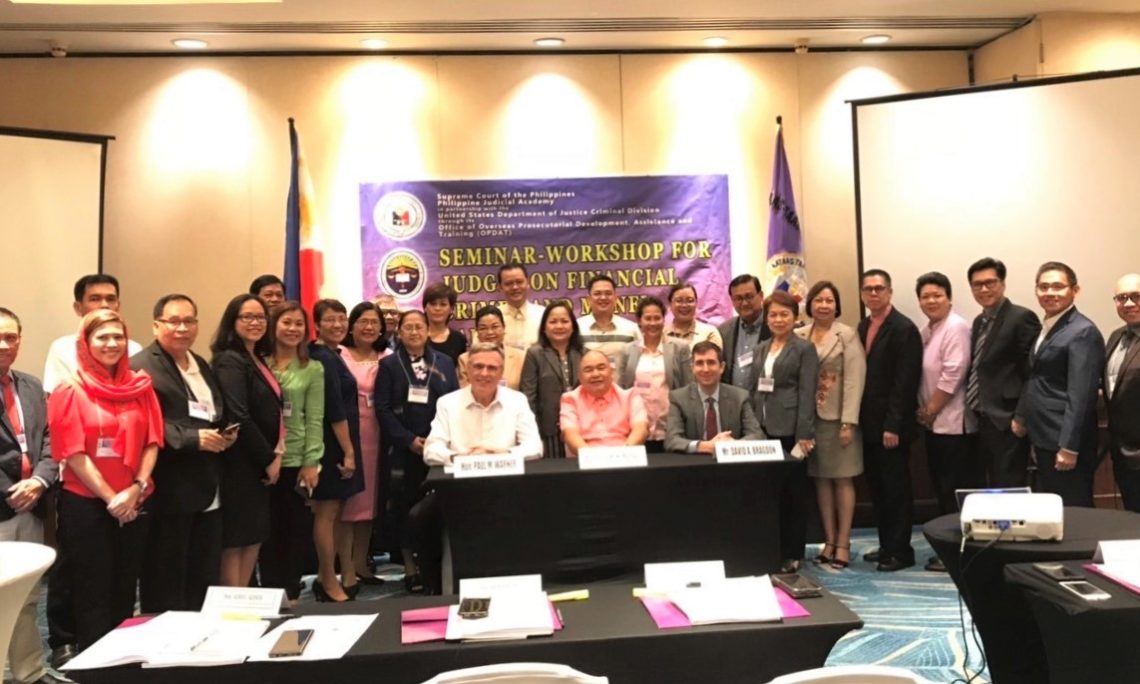 The U.S. Embassy in the Philippines partnered with the Philippine Judicial Academy to train 24 Mindanao judges on money laundering, terrorist financing, and financial crimes.

Manila,  November 22, 2019 —  From November 19 to 20, 2019, the U.S. Embassy in the Philippines continued to partner with the Philippine Judicial Academy in training 24 Mindanao judges on money laundering, terrorist financing, and financial crimes.  The workshop included participants from Sulu, Basilan, Marawi, and Zamboanga, all areas of the Philippines which have had recent terrorist attacks.

“We learned a lot as the laws discussed and situations presented are very relevant to these times, especially with the ease of transactions that the internet and other high technology gadgets provide.  Financial crimes are also becoming common now with the proliferation of pyramid and ponzi schemes here in the Philippines,” RTC Judge Sittie Laarni Umpa of Marawi City stated.

Judge Umpa further stated, “We are very thankful to the speakers and the sponsors because we have gained deeper insights and those insights widened our perspective on the issues and laws discussed.”

About the training, Judge Warner said, “The cooperation and goodwill between the United States and Philippines with respect to combatting money laundering was gratifying to me to see and experience.  I am confident that these training conferences serve both of our countries well.”