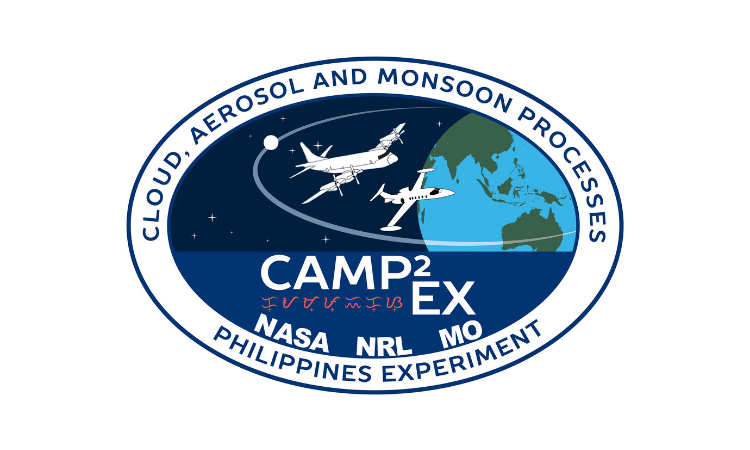 NASA’s P-3B science aircraft soared into the skies over the Philippines on Sunday to begin a nearly two-month-long investigation on the impact that smoke from fires and pollution have on clouds, a key factor in improving weather and climate forecasts. The Cloud, Aerosol, and Monsoon Processes Philippines Experiment (CAMP2Ex) is the most comprehensive field campaign to date in Maritime Southeast Asia to study the relationship between aerosol particles as they interact with surrounding monsoon meteorology, cloud microphysics and the sun’s radiation.

Led by NASA, the U.S. Naval Research Laboratory (NRL) and the Manila Observatory in conjunction with the Philippine Atmospheric, Geophysical and Astronomical Services Administration and the Philippine Department of Science and Technology, CAMP2Ex comprises an interdisciplinary, international team of field researchers, modelers and remote sensing developers.

The study seeks to tackle some of the most difficult weather and climate phenomena to understand, monitor and forecast. The Maritime Continent—comprising Sumatra, Malay Peninsula, Borneo, Sulawesi, the Philippines and numerous other islands and surrounding seas—has been long sought out as an area of scientific inquiry. Agricultural and deforestation fires from the region along with air pollution from cities provide a ready supply of aerosol particles that influence major weather processes. Besides the torrential monsoons over the Asian archipelago, the region also produces moisture that provides rainfall over the Pacific Ocean and can even influence weather in the continental United States.

“We know aerosol particles can affect clouds and precipitation, but we don’t yet have a quantitative understanding of those processes,” said Hal Maring, Radiation Sciences Program Manager at NASA Headquarters in Washington. “Our goal is to improve satellite products and numerical models to help scientists better predict weather and climate.”

“Numerous studies have linked the presence of pollution and smoke from agricultural fires and fires from deforestation to changes in cloud and storm properties, but we lack the observations of the actual mechanisms taking place,” said NRL research meteorologist Jeffrey Reid. “CAMP2Ex provides a much-needed crucible for satellite observing systems and model predictions to monitor and understand how atmospheric composition and weather interact.”

Aerosol-cloud dynamics have a profound impact on weather and climate, yet there are large uncertainties in how those dynamics affect climate. Aerosol particles include sea salt, dust, air pollutants and biomass-burning smoke particles, and nearly all can act as cloud condensation nuclei (also known as cloud seeds). Depending on the size and composition of these aerosol particles, water vapor can coalesce around them to form water droplets that may later become rain. But if there is a high concentration of aerosol particles, the clouds may be populated with a larger number of smaller drops, which are less likely to coalesce into rain in smaller clouds. “Yet recent research shows that these smaller drops may strengthen and increase the longevity of severe storms,” Reid said. “It’s an intricate science.”

“Complex, non-linear feedbacks between those processes that form cloud droplets and rainfall and those that drive the upward and downward motions within storms are challenging to accurately represent in numerical models,” said Colorado State University professor and P-3B flight scientist Susan van den Heever. “These feedbacks are important to determine storm severity and the formation of new storms. CAMP2Ex will provide us with unprecedented observations that will allow us to better represent these feedbacks in current research and weather forecasting models.”

Smoke and pollution also affect how much incoming sunlight is reflected back into the atmosphere. Particles that are darker in color, such as black carbon from wildfires, absorb sunlight and contribute to global warming. Depending on the type and altitude of the cloud, black carbon may either support or suppress cloud formation; black carbon also affects how much sunlight clouds reflect back into the atmosphere. Quantifying these mechanisms is crucial for improving global climate forecast models.

Aerosol-cloud interactions are notoriously difficult to observe in the field, Maring said. “Some clouds have very short lifetimes while others have very long ones, and they’re all located in radically different parts of the skies. Getting a quantitative look at these processes is always a tall order.”

To be able to observe cloud and aerosol interactions, along with the associated weather systems, CAMP2Ex is leveraging instruments on multiple airborne and ground platforms to record wide-scale meteorology, composition, cloud microphysics, and solar and longwave radiation. NASA’s P-3B science aircraft is fitted with remote-sensing instruments to measure a number of variables within and near clouds, including those related to precipitation and cloud droplets as well as aerosol size and composition.

To verify those data, a Stratton Park Engineering Company (SPEC) Inc. Learjet, fitted with in situ instrumentation, will fly in and around the same clouds at nearly the same time as the P-3B aircraft. The Learjet will also survey the atmospheric conditions above the clouds. Out in the Pacific Ocean, the research vessel Sally Ride, funded by the Office of Naval Research Propagation of InterSeasonal Tropical OscillatioNs (PISTON) project and operated by the Scripps Institution of Oceanography, University of California, San Diego, is providing nearly continuous radar and lidar observations as well as measurements of energy fluxes from the ocean surface and profiles of temperature, moisture and pressure from radiosondes. CAMP2Ex and PISTON are complementary in their goals. CAMP2Ex focuses on fundamental aerosol and cloud physics and remote sensing whereas PISTON focuses on air-sea interaction and the way in which weather develops on continental and intercontinental scales.

“The synergy between air and shipborne observations is key,” said research scientist Derek Posselt from NASA’s Jet Propulsion Laboratory in Pasadena, California. “The ship’s radars will tell us how clouds are evolving in time, while the aircraft will give us detailed measurements of the cloud interior and environment.”

In addition to the intricate aerosol and cloud processes, the Southeast Asian monsoon environment hosts some of the most complex atmospheric phenomena on the planet. The monsoon environment brings severe thunderstorms and organized convection storm systems, and it is also the birthplace of tropical cyclones in the western Pacific.  The world’s most intense super typhoons form just east of the Philippines and are an integral part of the regional weather and climate. “CAMP2Ex is being conducted in the lion’s den of tropical meteorology,” Reid said, while noting that the Philippines is still recovering from Super Typhoon Haiyan in 2013, which reached a world record one minute of sustained 195 mile-per-hour (315 kilometer-per-hour) maximum wind speed before making landfall.

The region is of particular interest to weather and climate researchers because many studies have shown it to be highly vulnerable to climate change. For Philippine collaborators, the data from CAMP2Ex will help to inform some of the biggest weather and climate questions in the Southeast Asia region.

“Rainfall is the most difficult variable to understand in our models, and it has an enormous impact on people here,” said Gemma Narisma, climate scientist and executive director of the Manila Observatory, a nonprofit Jesuit research institution focused on atmospheric and Earth science in Southeast Asia. “Results from our Coordinated Regional Downscaling Experiment over Southeast Asia (CORDEX-SEA), for example, show that regional climate models do not do a good job simulating observed rainfall climatology.”

Narisma, who is also an associate professor at the Ateneo de Manila University, noted that recent monsoonal activity in Metro Manila led to cancelled classes; before that, the region had been suffering from water shortage due to drought. “Our research is showing that more of these weather extremes, alternating dryness and heavy rainfall, are expected in the future,” she said. “Improving our models for climate projections would allow us to better prepare for these swings in water availability and flooding.”

Increased understanding of the mechanisms influencing those climactic changes is another important and hoped for offshoot of the campaign, said James Simpas, an atmospheric scientist and professor of physics at the Ateneo de Manila University. “The Southeast Asia region is experiencing significant industrial growth,” he said. “We’re emitting more and more particulates into the atmosphere, which means that a lot of the aerosol interactions we’re studying now will be most likely further enhanced in the region in the future. The wealth of data from CAMP2Ex will be analyzed for years to come and will shine more light on how our ways of life affect not only us but also the rest of the planet.”