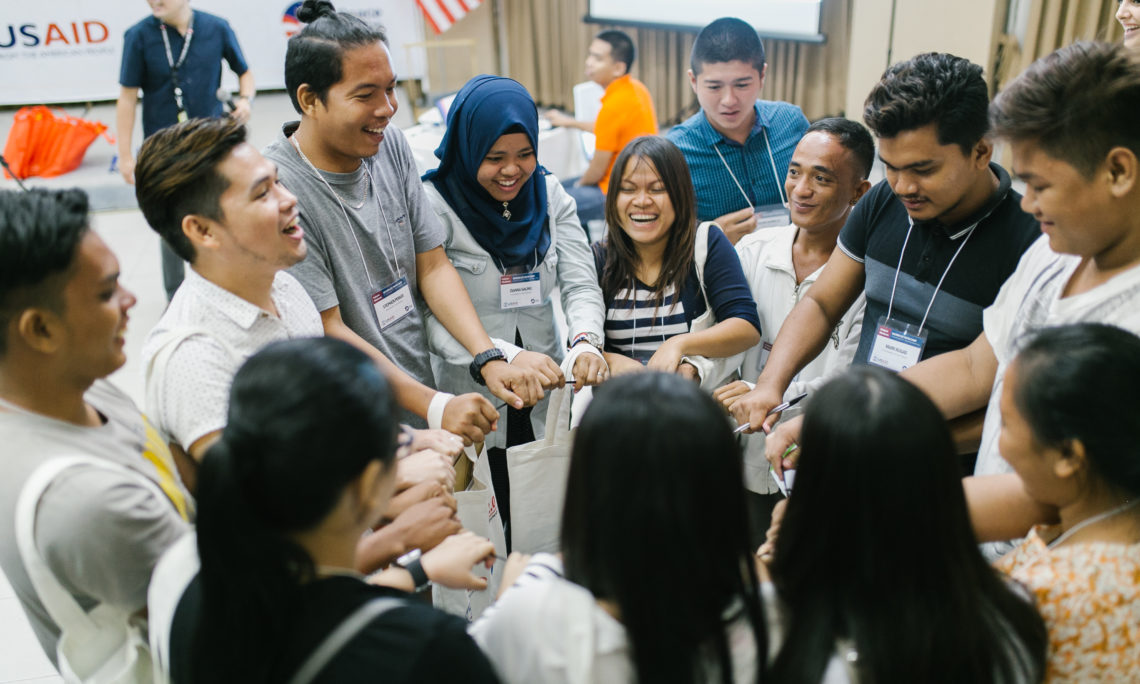 Peace Corps Philippines’ (PCP) Padayon Mindanao 2.0 project recently organized the Second “Educate and Engage to Empower” (E2E) Camp at Bohol Plaza Resort in Dauis, Bohol.  Forty eight participants joined with half coming from the project’s regional partners in Mindanao and the rest from the host region of Central Visayas.  Youth participants were accompanied by their representatives of the project’s agency partners: the local government units of Zamboanga City, Isabela City, General Santos City, Parang (Maguindanao), and Jolo (Sulu), Department of Social Welfare and Development (DSWD) and the Department of Education (DepEd).