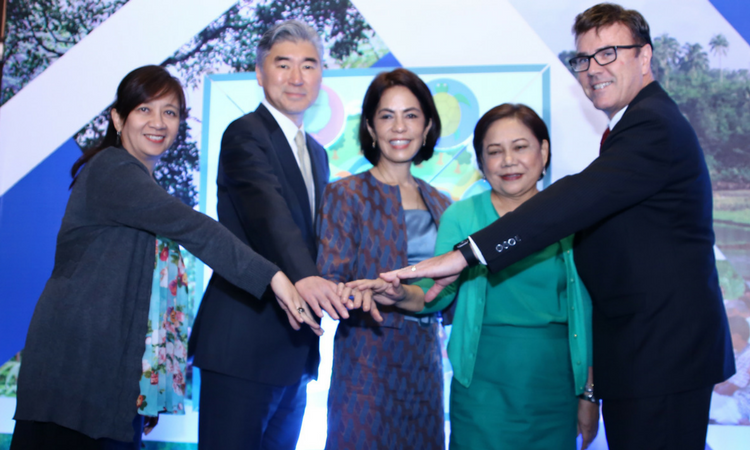 Manila, March 6, 2017, Quezon City — The U.S. government, through the U.S. Embassy in the Philippines’ United States Agency for International Development (USAID), partnered today with the Department of Environment and Natural Resources (DENR) to launch a new biodiversity conservation project that will help protect and manage the Philippines’ diverse habitats and species.

On the heels of World Wildlife Day on March 3, U.S. Ambassador to the Philippines Sung Y. Kim joined DENR Secretary Gina Lopez to inaugurate the five-year, Php1.2-billion project called Protect Wildlife.  The project is designed to address biodiversity loss and illegal wildlife trade in some of the most vibrant and vulnerable ecosystems in the Philippines.

“Natural resources and biodiversity play an important part in the Philippines’ economy.  This is why the U.S. government, through USAID, has been working with national and local governments, the private sector, civil society, and individual communities to strengthen natural and environmental resource management,” Ambassador Kim said.

The project will use a comprehensive strategy that combines technical assistance for government and civil society partners, partnerships for conservation financing, behavior change campaigns and social marketing, science and technology, and environmental law enforcement.  This holistic approach promotes partnership among environmental stakeholders and empowers those best positioned to address biodiversity loss and the illegal wildlife trade.

“The project will demonstrate that protecting and managing diverse habitats and species leads to improved quality of life as well as community-level, sustainable development,”  Ambassador Kim added.  The project also supports the DENR’s commitment to deliver people-centric programs that support sustainable and inclusive growth.

USAID’s Protect Wildlife will commence in Palawan, Zamboanga City, and Tawi-Tawi, which host some of the most biodiverse habitats and unique species in the Philippines.  These provinces are also exposed to various human-induced threats such as poaching and trafficking of wildlife, destructive fishing practices, and loss of habitats from widespread conversion of forests, wetlands, and mangroves to settlements and agricultural lands.

The project complements other U.S. government-funded projects with the DENR.  Collectively, the suite of projects furthers USAID’s mission to promote biodiversity conservation in an inclusive and sustainable way.  Protect Wildlife is the first USAID initiative in the Philippines to align with the U.S. government’s newly signed Eliminate, Neutralize and Disrupt Wildlife Trafficking Act of 2016, which addresses the global illegal wildlife trade.