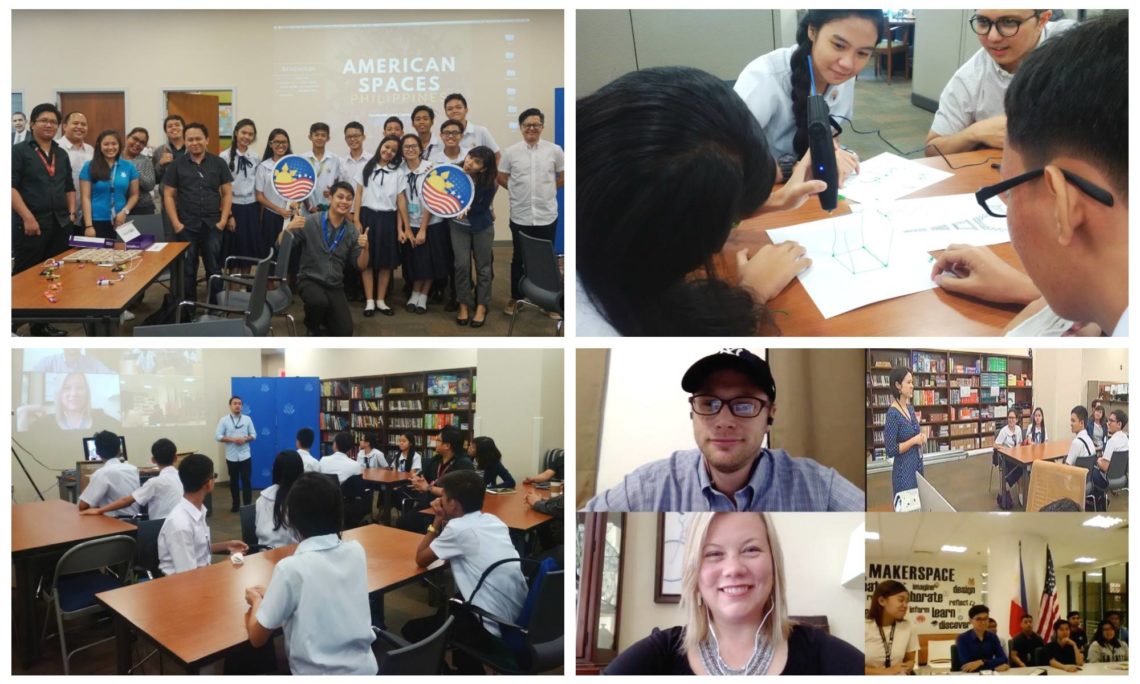 Manila, October 17, 2016  — Thirty (30) senior high school and college students from the University of the City of Manila and De La Salle University learned about makerspaces and the value of creativity, innovation, and technology at a U.S. Embassy #TechThursday Talk.  A makerspace is a collaborative work space where people gather to create, explore, invent, and learn.  They often include tools such as 3D printers, software, electronics, craft and hardware supplies, tools, and more.  There are four makerspaces in the Philippines – Makerspace Pilipinas, Idea Space, Sparklab Innovation Center and Makerspace Manila.

Since 2013, President Obama has promoted the #MakerMovement through the “Nation of Maker” program, which provides opportunities for students to create, innovate, tinker, and learn STEM skills, expands resources available for maker entrepreneurs, and fosters the development of advanced manufacturing in the United States.

What are American Spaces?

American Spaces exemplify the U.S. government’s commitment to a core tenet of democracy: the citizen’s right to free access to information. Hosting more than 16 million visits each year, American Spaces supports the foundation of public diplomacy by creating a place for in-person engagement with foreign audiences.

With over 700 Spaces in 169 countries worldwide, American Spaces provide welcoming environments where visitors can connect and learn about the United States. Hosted in embassies, schools, libraries, and other partner institutions worldwide, American Spaces are platforms for providing information about the United States, our policy, culture, and values; English language learning; alumni activities, and information about study in the U.S.

A multifunctional platform for public diplomacy programs, American Spaces promote open dialogue, counteract negative preconceptions, and build bridges of understanding. Often located outside of capital cities, they serve as venues where embassy officers and employees have the opportunity to meet with local residents who have limited exposure to American culture and ideals.