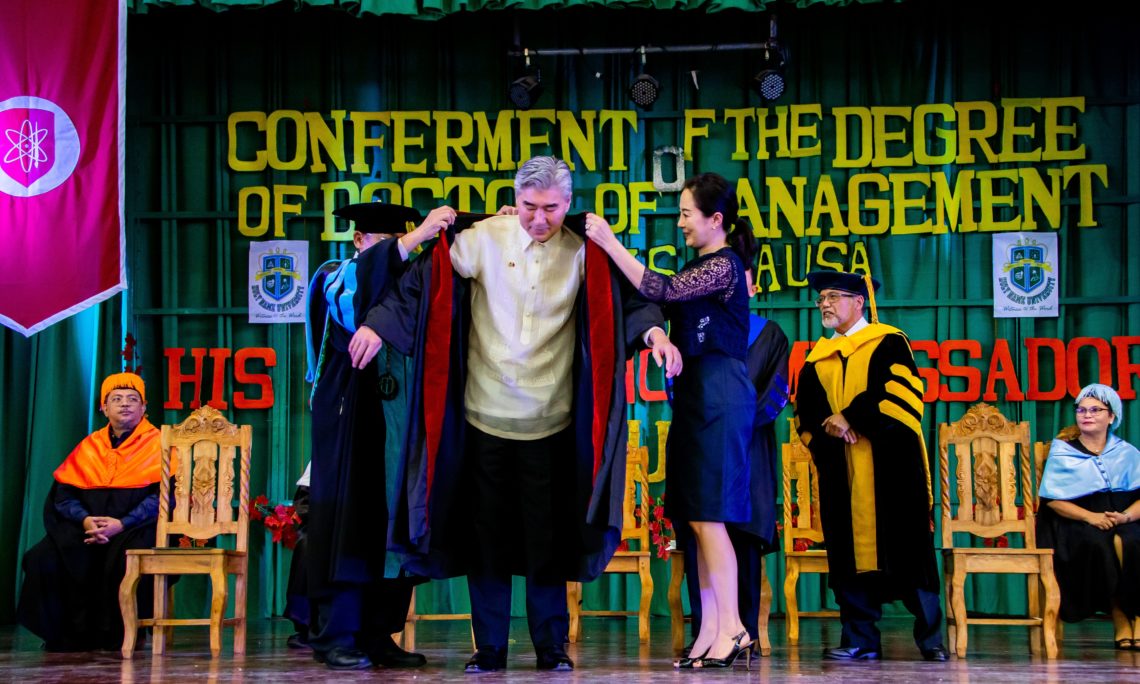 During the ceremony, Holy Name University President, Father Francisco Estepa awarded Ambassador Kim with the university’s honorary Doctorate of Management in Human Resources in recognition of his valuable contribution to the development of the Bohol province.

Holy Name University is the oldest Catholic university in Bohol and is one of the 32 higher educational institutions granted full autonomy in the Philippines by the Commission on Higher Education.

“I will depart the Philippines with the satisfaction that the work we have done together has changed individual lives and strengthened the bonds between us.  Thank you, again, for this honorary degree.  I accept it on behalf of all of the Americans and Filipinos dedicated to the important work that we do together.”  Ambassador Kim said.