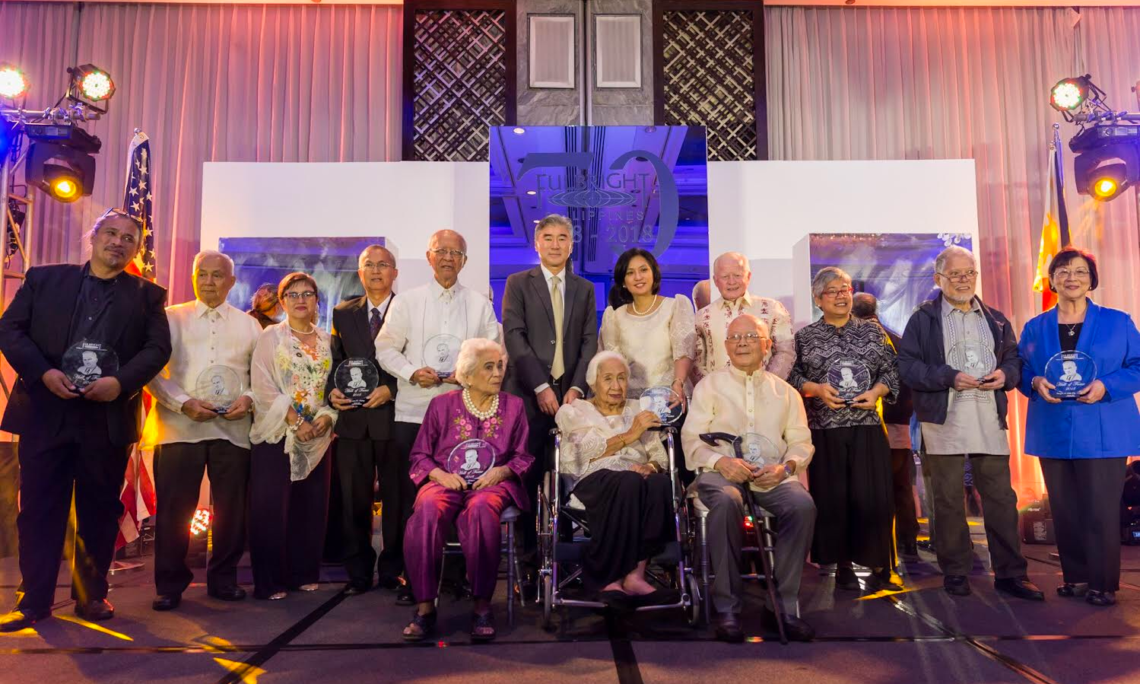 U.S. Ambassador to the Philippines Sung Y. Kim and Assistant Secretary of the Office of American Affairs at the Philippine Department of Foreign Affairs Maria Andrelita Austria with the first class of Fulbright Philippines Hall of Fame inductees.

At a similar reception, hosted by the Philippine Embassy in Washington D.C. on March 22, Secretary of Foreign Affairs Alan Cayetano affirmed via video message that “seventy years of educational and cultural exchange has greatly contributed to the strengthening and deepening of the Philippine-U.S. relationship.”

PAEF is a non-profit, bilateral organization responsible for the administration of the prestigious Fulbright Scholarship Programs, Hubert H. Humphrey Fellowships, Global Undergraduate Exchange Programs, and other educational exchange initiatives. Since 1948, PAEF has awarded Fulbright grants to nearly 3,000 Filipinos and close to 1,000 Americans to study, teach, lecture, and conduct research in the United States and the Philippines.