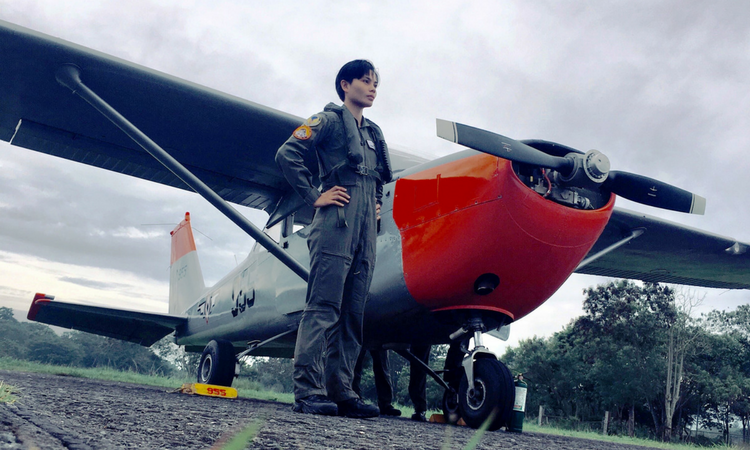 Gonzales, who was among the top ten members of her graduating class at the Philippine Military Academy, will attend the program from February 2018 to May 2019.  During the program, she will receive 164 hours of flight training in the T-6A Texan II aircraft, as well as 239 hours of flight operations ground training.  Gonzales says she is excited to learn how to fly a new aircraft, as well as to experience American culture.

Gonzales’ inspiration to become a pilot stems from witnessing the important role aviation assets played during the 2013 Zamboanga Siege, which took place in her hometown.

“Since then, I started to dream of becoming a pilot,” Gonzales said.  “During those times, I really felt a great eagerness to defend my hometown, and I thought I could be of great help to that mission from above, since insurgents are vulnerable from this point.”

Gonzales is honored to serve her country, and feels proud that the Philippine Air Force selection board chose her to attend the ALP.

She explained, “Serving my country as a female officer shows how the military profession has matured and opened for great changes by allowing us, female officers, to lead.”

The ALP is designed to build relationships between future leaders of the United States Air Force and other participating air forces, as well as increase overall cooperation and partnership between countries.