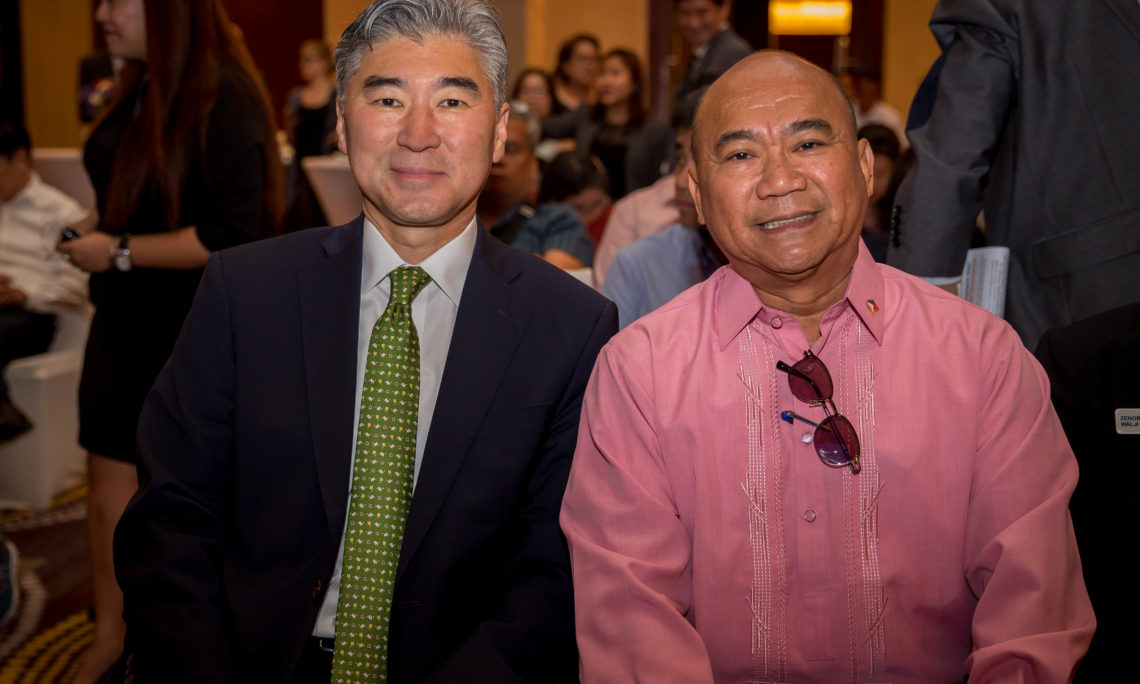 U.S. Ambassador Kim and Philippine Department of Health Undersecretary Valle were guests of honor and speakers at the first U.S.-Philippines Patient Day, organized by the U.S. Embassy, held on April 5, 2017 in Makati City.

Makati City, April 7, 2017 — The U.S. Commercial Service of the U.S. Embassy in the Philippines, in collaboration with U.S. healthcare partners, held the first annual U.S.-Philippines Patient Day on April 5, 2017.  The event showcased the impact that U.S. medical equipment innovations and technologies are making on patients in the Philippines.  To create more opportunities for the U.S. and Philippine medical industries, four of the biggest U.S. names in medical equipment technology participated in this program –3M Healthcare, Boston Scientific, GE Healthcare, and Medtronic.

U.S. Ambassador to the Philippines Sung Kim launched the program with an inspiring message about the special relationship between the United States and the Philippines.  He remarked that “U.S. medical innovation in the Philippines is adding another important dimension to our U.S.-Philippine relationship, while at the same time helping save and enrich lives throughout this amazing archipelago.”

Dr. Herminigildo Valle, Undersecretary of the Philippines Department of Health (DOH), joined the event and gave remarks about DOH programs and priorities.  Dr. Valle also encouraged the U.S. and Philippine private sectors to make the latest medical equipment technologies available more broadly, so that all Filipinos have access to these life-saving treatments.