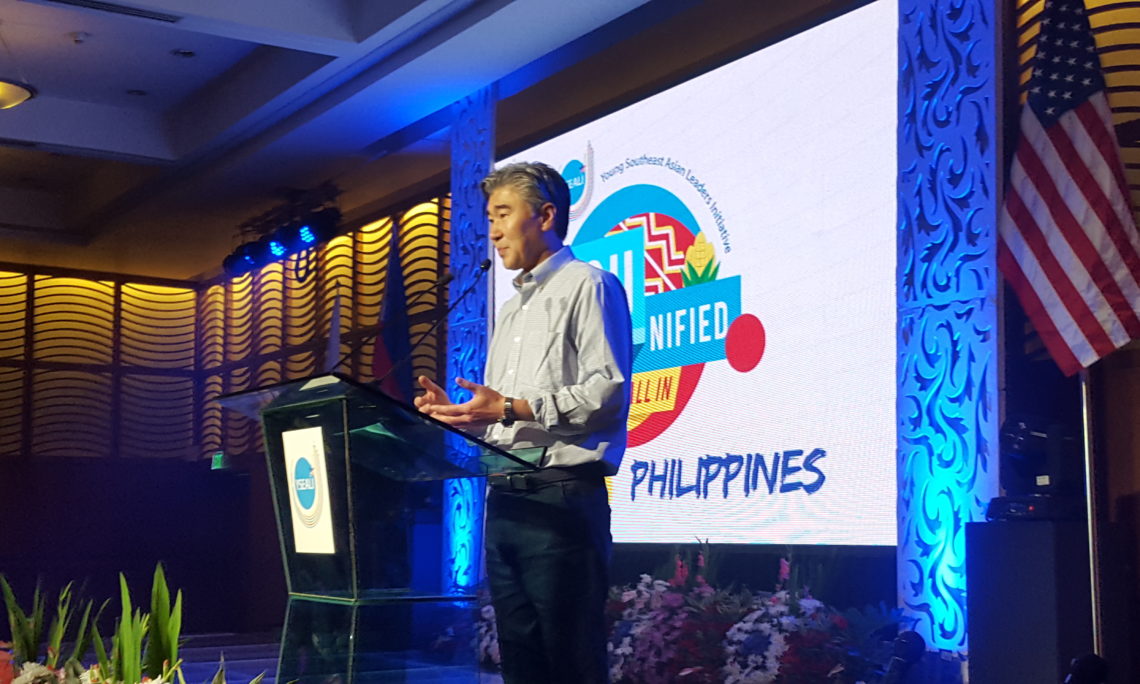 In Manila, the culminating YSEALI YOUnified event brought together almost 200 university student leaders to look at ways to work together to address challenges and opportunities for youth in marine conservation, social media, education and social entrepreneurship. Addressing the audience, U.S. Ambassador-Designate to the Philippines Sung Kim reminded the students that “leadership also means public service and public welfare.” He praised the determination of YSEALI members in the Philippines saying, “I think what you did today, engaging in various public service activities throughout the country, is a tremendous model of what leadership really means.”

Launched in 2013, YSEALI is the U.S. government’s signature program to strengthen leadership development and networking in Southeast Asia. Through a variety of programs and engagements, including U.S. educational and professional exchanges, regional workshops, in-country programs, and seed grants, YSEALI seeks to build the leadership capabilities of youth in the region, strengthen ties between the United States and Southeast Asia, and nurture an ASEAN community. YSEALI focuses on critical topics identified by youth in the region, such as civic engagement, environmental and natural resources management, and entrepreneurship and economic development. YSEALI now has more than 100,000 members across ASEAN and more than 15,000 in the Philippines alone. More than 200 Filipinos have participated in YSEALI exchange programs to the U.S. and other Southeast Asian countries. More than 20 Filipino YSEALI members have also received grant funding to implement their project ideas.