The U.S. Embassy in the Philippines is involved at all stages of combating trafficking in persons including prevention, prosecution, and protection.

The U.S. Agency for International Development (USAID) combats trafficking in persons in the Philippines by supporting the work of local organizations in all regions of the country. This includes training frontline personnel from local governments and watch groups to detect and prevent trafficking; providing legal and other assistance to victims of trafficking; facilitating dialogue to improve local policies; providing skills training and psycho-social counseling services to reintegrate rescued victims with their families and communities; conducting information campaigns to raise awareness among vulnerable groups; developing referral and case monitoring systems; and establishing partnerships with schools and local businesses to create awareness and prevent trafficking. 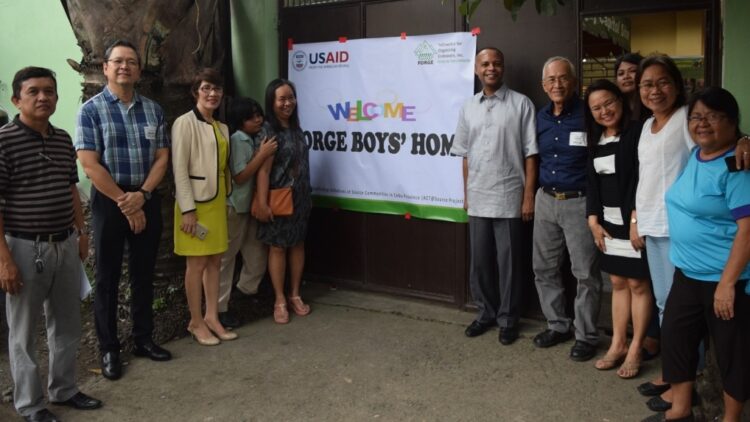 The Fellowship for Organizing Endeavors (FORGE), Inc., with support from USAID, opened a new shelter on November 29, 2017 in Cebu City for boys rescued from commercial sexual exploitation and sex trafficking. The 24-hour residential care facility will provide food and shelter, educational assistance, counseling services, and medical and dental treatment for teenage boys, ages 12 to 17.

The U.S. Embassy co-chairs a technical Working Group to Combat the Online Sexual Exploitation of Children with the Australian government and the Philippine Department of Social Welfare and Development. Throughout the year, the group convenes more than 20 different trafficking and international organizations to hold discussions on areas of concern, focusing on achievements and relevant efforts, as well as emerging trends and challenges.

U.S. Homeland Security Investigations (HSI) supported the newly-formed Philippine Transnational Criminal Investigative Unit (TCIU) within the Philippine National Police (PNP), which will first focus on investigating people who travel to the Philippines to exploit children. The TCIU investigates crimes with a nexus to both the United States and the Philippines and is a partnership between HSI and local law enforcement. The deep ties and close coordination between HSI and law enforcement counterparts at NBI and PNP have contributed to arrests under Philippine laws against trafficking in persons.

HSI hosted 22 PNP officers from the newly-formed Philippine TCIU for an intensive three-week International Task Force Agent Training at the Federal Law Enforcement Training Center in the U.S. in early 2018.

The U.S. Department of Justice Office of Overseas Prosecutorial Development, Assistance, and Training (OPDAT) partners with Philippine law enforcement agencies to provide specialized training designed to combat trafficking in persons, emphasizing best practices and the use of international resources. OPDAT offers a quarterly program on trafficking in persons for investigators and prosecutors. In addition, OPDAT is working with International Justice Mission and the Inter-Agency Council Against Trafficking to offer a biannual program on Prosecuting Online Sexual Exploitation of Children.

The U.S. Department of Justice Attaché office works with Philippine law enforcement and legal authorities to help U.S. prosecutors and investigators obtain evidence and access to witnesses and victims in the Philippines to pursue criminal charges in the U.S. for illegal trafficking, especially for cases involving child exploitation. The Legal Attaché office assists U.S. prosecutors in seeking extradition, or deportation, of fugitives in the Philippines so they can stand trial in the United States.

The U.S. Embassy is providing approximately Php26 million to support a project to build law enforcement and judicial system capacity to combat human trafficking. The project, implemented by International Justice Mission – Philippines, aims to ensure just enforcement of Philippine anti-sex trafficking laws and accountability for perpetrators, and to contribute to a significant reduction in the prevalence of commercial sexual exploitation of children.

The Embassy’s Consular Section provides a “Know Your Rights” pamphlet to nonimmigrant visa holders in certain employment- and education-based categories. The pamphlet contains information regarding rights, protections, and resources for foreign workers under the Wilberforce Trafficking Victims Protection Reauthorization Act.