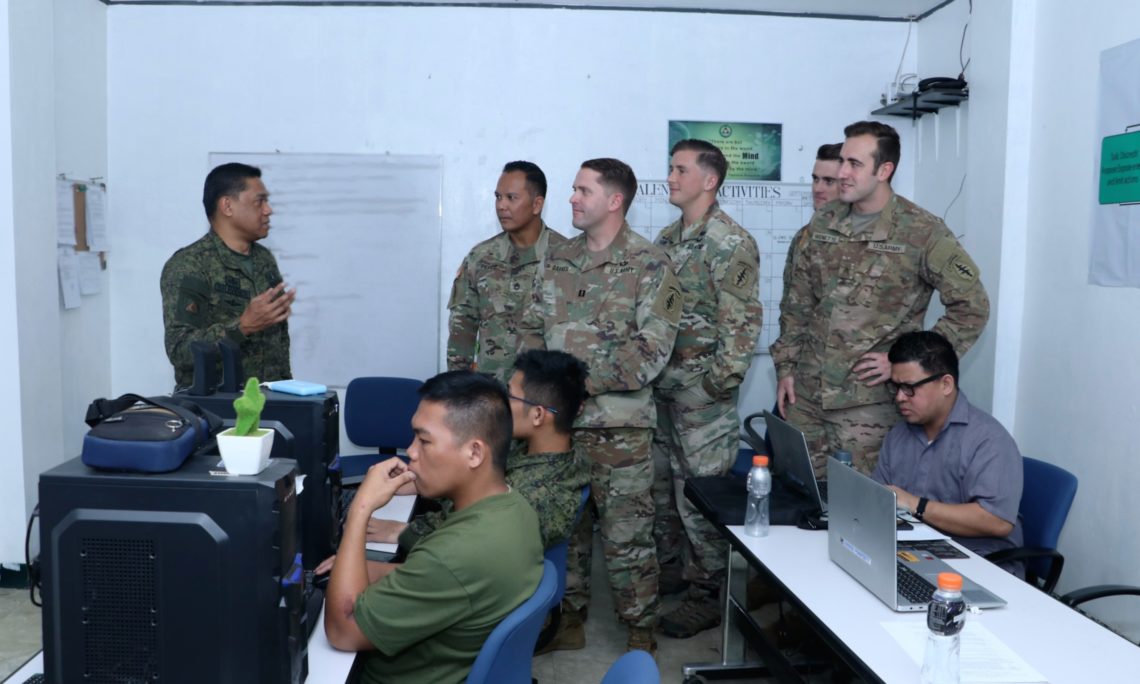 The cell, developed at the direction of PA Commanding General Lt. Gen. Rolando Joselito Bautista, is part of a larger effort to bolster the Armed Forces of the Philippines’ information operations capability.  The PA’s Civil Military Operations (CMO) Regiment, with support from the U.S. Embassy in the Philippines, activated the social media monitoring cell on July 23, 2018.

“This social media cell is another example of the combined U.S.-Philippine effort to counter violent extremism and mitigate threats to regional stability,” said Capt. Robert Barnes, a U.S. Army officer with the PAT team.

“In the near future, the Armed Forces of the Philippines will develop and utilize more state-of-the-art communication technologies,” said Colonel Romeo S. Brawner, the CMO Regiment’s commanding officer.  “This generation saw the birth of the Information Age, and future wars will be fought on digital and informational battlefields.”