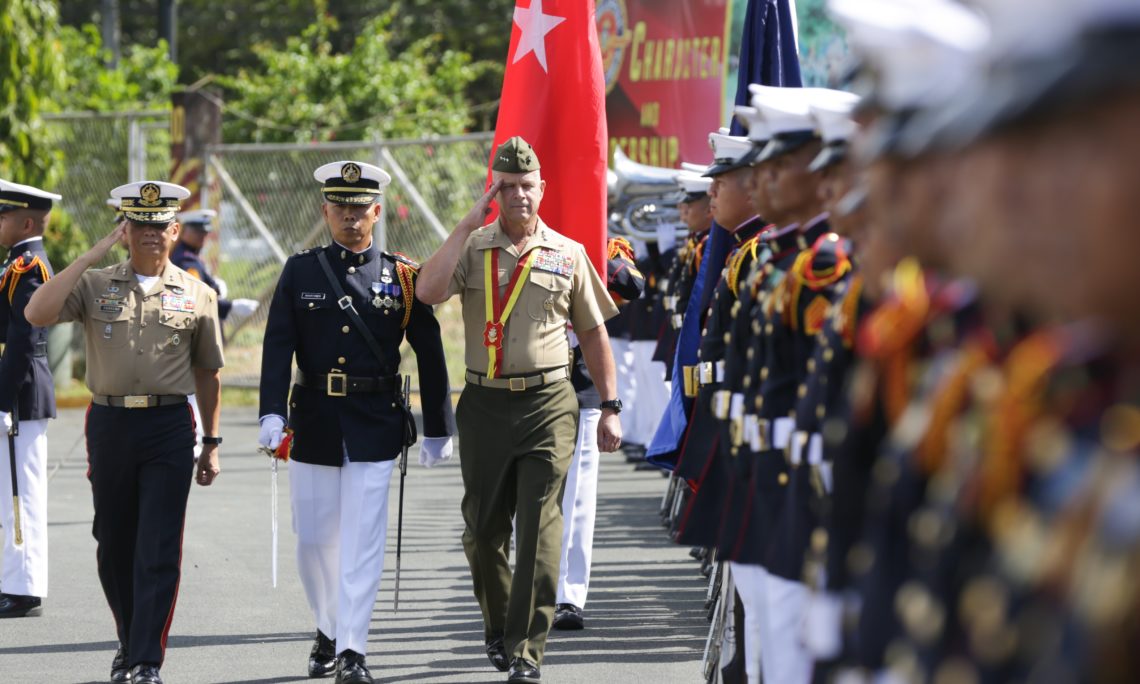 Manila, February 18, 2019 — Lieutenant General Lewis A. Craparotta, Commander of U.S. Marine Forces Pacific (MARFORPAC), visited the Philippines from February 16 to 18 and emphasized the importance of the U.S.-Philippine alliance to the Indo-Pacific region.

Craparotta joined Parreño to deliver opening remarks at the U.S. Marine Forces Pacific Marine-to-Marine Staff Talks, a bilateral exchange in which members of the U.S. and Philippine Marine Corps discuss opportunities to increase collaboration in the future.

“These Philippine Marine Corps-MARFORPAC Marine to Marine Staff Talks promote cooperation and interoperability between our forces. As the warriors from the sea and the crisis response force, we the Marines have always been ready and responsive to address the defense and security challenges of the Pacific region,” said Parreño.  “These topics also strengthen the trust and confidence that we have and promotes mutual security interests as well as contributing to global and security, peace security and stability.”

“This week we are here to focus on training, readiness, [and] interoperability, not just for today and 2020, but really for the future,” said Craparotta. “This is a long and lasting critical partnership for the region.”

Lt. Gen. Craparotta’s visit to the Philippines, his first since taking command of MARFORPAC in August of 2018, reaffirmed the U.S. Marine Corps’ close ties with the PMC.