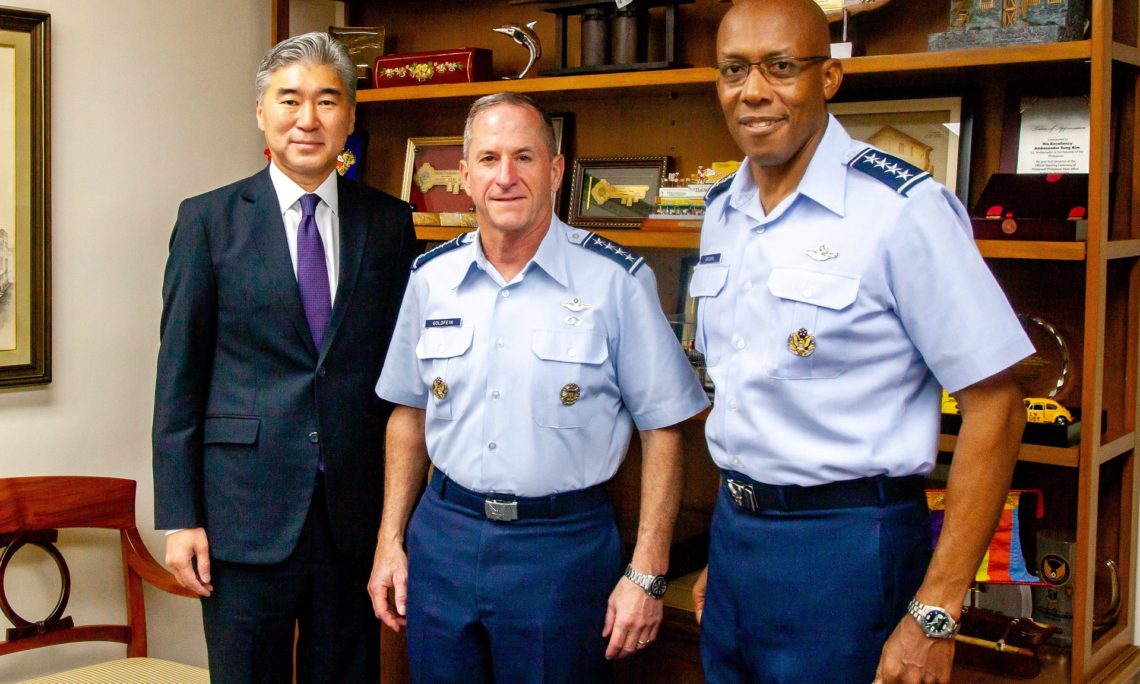 U.S. Ambassador to the Philippines Sung Kim met with General Goldfein and General Brown at the U.S. Embassy in Manila on August 16, 2019.

During their time here, the generals met with key policymakers, including Undersecretary of National Defense Cardozo Luna, Chief of Staff of the Armed Forces of the Philippines Benjamin Madrigal, and the Commanding General of the Philippine Air Force Rozzano Briguez.

“This visit was an excellent opportunity not only to engage with our Philippine counterparts, but to strengthen the friendship, partnership, and alliance that exists between our nations,” said General Goldfein.

Prior to the meeting with General Briguez, the parties participated in an arrival honors ceremony to highlight the close military relationship between the U.S. Air Force and the Philippine Air Force (PAF).

“Our relationship with the PAF remains strong and will continue to grow. As like-minded nations who believe in a free and open Indo-Pacific and respect for one another’s sovereignty and sovereign territory, our common interests draw us together,” said General Goldfein.