Home Home | Business | Why the Philippines?

Philippines Gross Domestic Product (GDP) growth has accelerated in recent years, averaging nearly 6 percent from 2010-2014 compared with 4.8 percent over the previous decade.  Remittances from more than ten million Filipino overseas workers and emigrants are a stabilizing factor to private consumption; the Business Process Outsourcing industry is thriving; and the fiscal space has widened with expenditure reforms and more determined revenue collection efforts.  The Philippines achieved investment grade from major credit rating agencies and competitiveness rankings have generally improved. Growth is projected to continue in the 6 percent to 7 percent range in 2015 and 2016, depending in part on the government’s ability to implement its expenditure program and the speed of post-Haiyan reconstruction.

The Philippines is pursuing a massive infrastructure spending plan and targets doubling the ratio of government infrastructure investments to GDP from 2.5 percent in 2013 to 5 percent by 2016.  The Aquino administration is also working to roll out and award more projects under its $25 billion Public-Private Partnership infrastructure program. 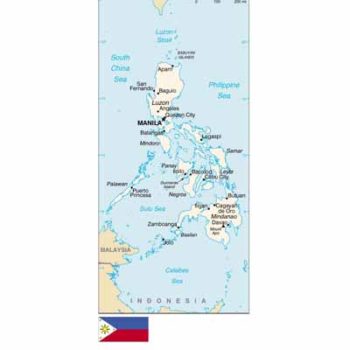 The United States and the Philippines have had a very close commercial relationship for more than a hundred years. We meet regularly with the Philippines under the auspices of a Trade and Investment Framework Agreement (TIFA) signed in November 1989. Several additional agreements have been signed under TIFA auspices, including a customs administration and trade facilitation protocol (2010), a memorandum of understanding to cooperate on stopping illegal transshipments of textiles and apparel (2006), and a memorandum of understanding regarding the implementation of minimum access commitments by the Philippines (1998).  The Bilateral Strategic Dialogue, first held in 2011. also has strengthened economic and security ties.
Economic growth in the Philippines has created opportunities for U.S. companies in a number of sectors, including electronic products, mineral fuels, machinery and transport equipment, iron and steel, and textile fabrics . Key exports to the United States are semiconductor devices and computer peripherals, automobile parts, electric machinery, textiles and garments, wheat and animal feeds, and coconut oil. In addition to other goods, the Philippines imports raw and semi-processed materials for the manufacture of semiconductors, electronics and electrical machinery, transport equipment, and cereals.

U.S. business engagement in the Philippines is longstanding, positive, and growing, and American firms play a major role in the economy. The Philippines has much to offer to U.S. businesses: a strong economy with opportunities in many promising sectors; an advantageous location within four hours of major Asian capitals; the fifth largest English-speaking population in the world; and warm, friendly people who hold American products and services in high regard.