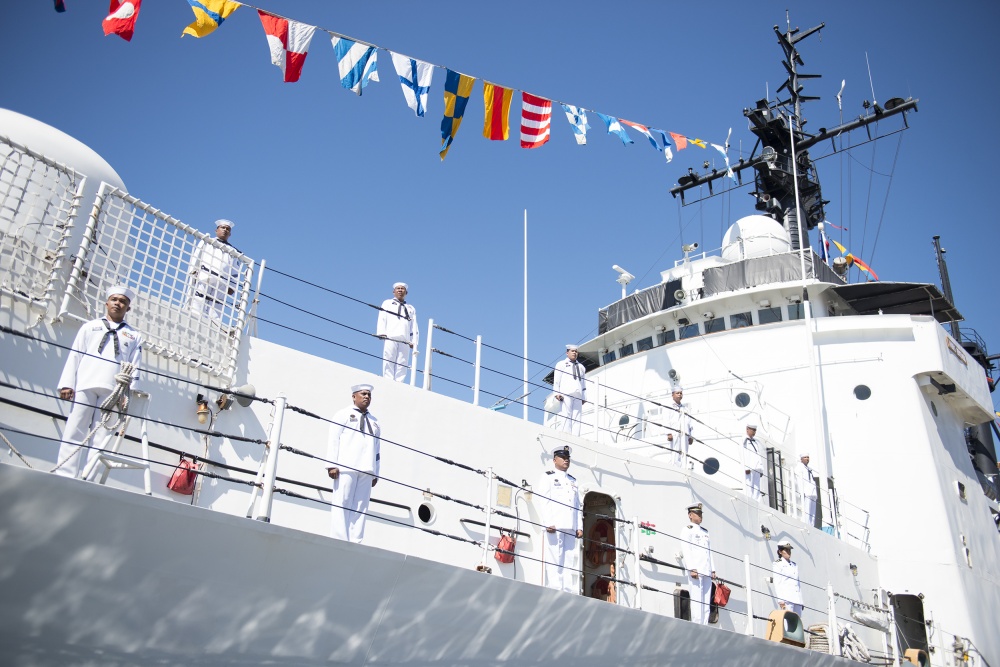 Manila, December 9, 2016 — The BRP Andres Bonifacio (FF-17) arrived in the Republic of the Philippines, December 8.

U.S. Coast Guard Cutter Boutwell was officially transferred to the Philippine Navy and renamed BRP Andres Bonifacio, July 21, 2016, during a ceremony at Coast Guard Base Alameda, California. The crew of the ship conducted 14 weeks of training on the ship’s operation, engineering and propulsion systems, damage control and emergency response procedures.

The BRP Andres Bonifacio is the third High Endurance Cutter transferred to the Philippine Navy from the U.S. Government through the Excess Defense Articles (EDA) program. The EDA offers excess military equipment to U.S. allies in support of their military modernization efforts.