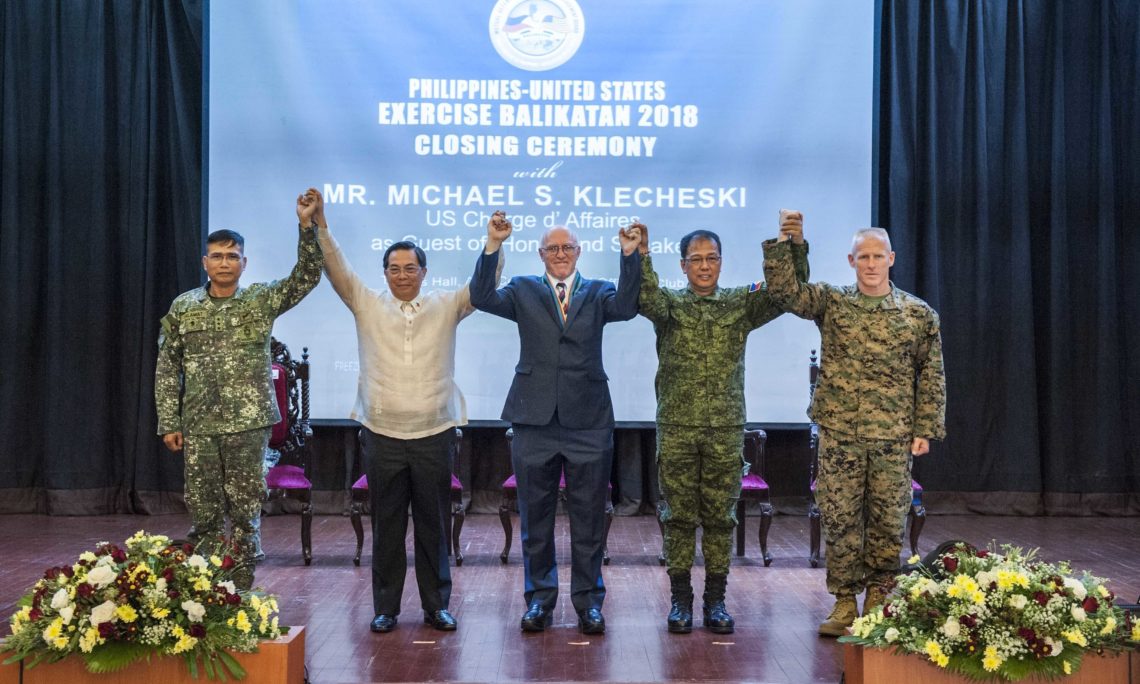 Manila, May 18, 2018 — After 12 days of training, approximately eight thousand service members from the U.S. military and Armed Forces of the Philippines completed this year’s Exercise Balikatan, resulting in increased interoperability and improved military skills.

Balikatan, in its 34th iteration, focused on counterterrorism, humanitarian assistance and disaster relief, as well as other combined military operations to ensure a more rapid response to natural disasters and manmade crises in the region.

Through Balikatan, the forces built upon a long and productive history of joint military exercises that enhance interoperability, strengthen partnerships, and improve disaster response and counterterrorism capabilities.